Thing is, you might get hit by a bus tomorrow, say doctors

YOU never know what’s going to happen so you might as well eat a load of crisps, doctors said last night.

As new research throws doubt on the link between heart attacks and flavour, an increasing number of medical professionals have realised that the world is also full of buses and falling masonry.

Stephen Malley, a GP from Hitchin, said: “I had this one patient, didn’t eat red meat, exercised every day, drank litres of filtered water, got hit by lightning while doing squat thrusts. Flash, boom, human jerky. Makes you think, right?

“He probably had a miserable existence, devoid of delicious crisps, and for no benefit whatsoever. I mean, has anyone ever had a brilliantly uproarious night in the gym?”

He added: “Plus, in case you hadn’t noticed, doctors smoke and drink shitloads. That’s why we mostly look awful, with quadruple ‘melty face’ type eye bags. But I’ll tell you what, we’re having the time of our lives.

“So have cream and fags and whatever nice things you like. In my professional opinion you should fill your boots because one day those boots may contain a deadly scorpion.”

Consultant Emma Bradford said: “Some lovely foods may be a bit bad for you, but only in a really ambiguous way.

“If you listed everything in order of lethalness, salt and butter would be some way below shrapnel bombs and totally mental snakes.

“Incidentally, I know this woman who only eats orange cheese and she’s fine.”

Liverpool to experiment with 0-11-0 formation 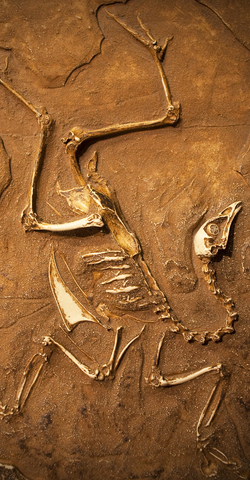 KENNY Dalglish is hoping to improve Liverpool’s fortunes next season by fielding a side comprising entirely of midfielders.

The incomprehensible spendthrift has signed 15 midfielders in the last two days at a cost of £112m and has had to be talked out of selling the other parts of his squad by an increasingly-terrified Steve Clarke.

Clarke said: “Before Sammy Lee was wheeled out following his nervous breakdown, the one bit of advice he gave me was not to let Kenny go scouting for players driving anything bigger than a scooter because you’ve got no idea what he’ll come home with.

“Granted, strikers are a bunch of prima donnas, defenders a bunch of thugs and goalkeepers are just fucking mental, but they do serve a purpose on the pitch even if, as in the case of Glen Johnson, that purpose is purely decorative.”

The latest acquisition is Blackpool’s Charlie Adam, despite the fact during his medical carbon-dating showed the ’25 year-old’ to actually date from the last Jurassic period.

Dalglish’s rationale for the new direction is that an 11-man midfield will form an impenetrable wall between the opposition and their half, and will be able to slowly advance toward the opposition goal in what he has dubbed ‘the Kitchener formation’ after the unbelievably wrong Word War I general.

Using a series of flash cards to indicate his tactics, he said: “We’ve proven pretty conclusively that we can’t pass the ball five yards without accidentally conceding a penalty or bursting into flames so this way they just need to link arms and walk forward whilst kicking.

“Imagine a West End chorus line with Dirk Kuyt in it.”