Tiredness the main cause of racism, say experts

PHYSICAL exertion and lack of sleep are to blame for Britain’s racism epidemic, according to a new study.

Medical researchers tested 200 people and found that those who had less than six hours sleep, or had been carrying heavy bags, were 80 per cent more likely to despise someone because of their ethnicity.

Dr Julian Cook said: “For example, Nigel Farage would not believe all Romanians are thieves if he just spent an extra 90 minutes a day sitting or lying down.”

Dr Cook also revealed that racism peaks during late spring and summer as antihistamines cause some hay fever sufferers to become drowsy and filled with ethnic hatred.

He added: “I would not be remotely surprised if Nigel Farage was allergic to pollen.”

The researchers found that physical tiredness releases a ‘brain chemical’ which creates a rush of hormones, resulting in horrible interviews, bizarre social media postings and angry leaflets being handed out in shopping centres.

Last year, documents revealed the Ku Klux Klan was founded as a birdwatching society but became racist after the members stayed up all night taking about geese.

Next four episodes of 24 take place in a bus queue 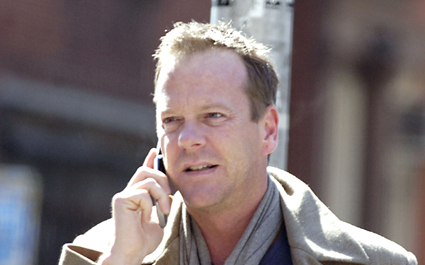 JACK Bauer will mostly be trying to get a bus during next month’s episodes of 24.

The story takes place during a tube strike, with the fugitive agent having to travel from Hammersmith to Finsbury Park on public transport.

Producer Tom Booker said: “Jack’s stress levels are off the chart as he queues for hours to get to the site of a planned assassination.

“Even when he’s on the bus, there’s nowhere to sit down and some kids with a bull mastiff are giving him evils.”

After an exhausting journey to successfully save a politician from a sniper’s bullet, Bauer then has to get the night bus home.

Booker said: “By that time it’s getting late and Jack can’t work out from the confusing map at the bus stop whether he needs an N10 or an N30.

“Of all the threats he has faced over the years, none has rivalled him riding the top deck of a night bus wearing an expensive-looking watch.”