CHINA’S leader has been reflecting on why he must travel so far to meet a moron.

Halfway through an exhausting plane journey, Xi Jinping said: “This man is not intelligent. Surely we could have done this on Skype.

“It will be interesting to see his house anyway. I imagine it to be vast yet crammed with the most tasteless and vulgar trinkets imaginable, like some huge gilded brothel.

“At least he makes democracy seem like a bad system.” 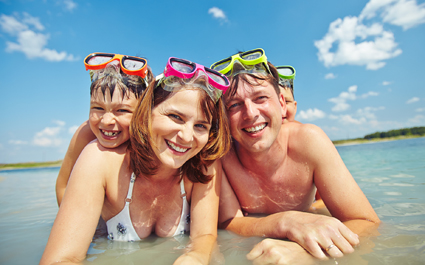 FAMILIES who take term-time holidays risk a fine if they show off about it, it has been confirmed.

Following a high court judgement effectively banning term-time holidays, parents will now only be able to do it if they pretend their kids are ill rather that bunging up shitloads of beach photos on Facebook.

Mother-of-two Mary Fisher said: “Don’t they realise there’s no point taking the kids to Bali or Vegas during the school term if you can’t broadcast the fact across social media.

“And how else are our kids supposed to learn that modern life is all about showing off and pretending to be rich?

“If I have to pretend they have mumps just to take them on holiday, then not tell anyone except close friends and family, we might as well just go to Bognor – and not even in an ironic way.”

She added: “Schools don’t appreciate the cultural value of holidays. Going on a rollercoaster called the Megaloop 9000 then eating an ice cream bigger than your head is just as important as learning to read.”