ANDY Murray has backed Scottish independence and offered to pay the country’s state pensions when everything goes to hell.

The Scot, who has not won Wimbledon since 2013, said he was attracted to the ‘Yes’ campaign because they like shouting aggressively whenever something goes wrong.

Murray, who lives near Walton-on-Thames, added: “I make lots of money and I’d be happy to give it all to Scottish pensioners if, for some unknown reason, it doesn’t work out.

“I just have to clear it with my accountant. Let’s do this!”

“He’s really getting into the spirit of it.”

Unst may separate from Shetland Islands 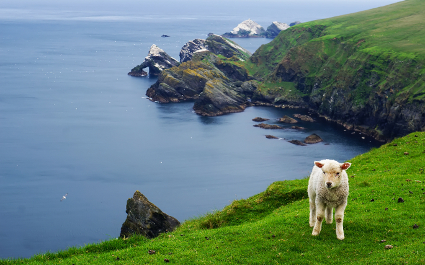 THE third largest of the Shetland Islands could demand its own independence if the islands separate from Scotland.

Unst, which covers 46 square miles and has the islands’ only leisure centre, is considering rejoining the UK, rejoining Scotland, rejoining Norway or joining the Federated States of Micronesia.

Unst alderman Bill McKay said: “With natural resources like herring, wind, and Muckle Flugga lighthouse we’d be fools to remain shackled to a Mainland which is only dragging us down.

“My first act as president for life would be to reduce corporation taxes to two per cent, attracting businesses like GlaxoSmithKline to relocate their headquarters here.

“My second act would be to nationalise Unst Cycle Hire, the Valhalla Brewery and Foord’s Chocolates so they could be efficiently run by the state.

“And then, of course, we would declare war.”

Initial polling of Unst’s residents revealed that 209 would vote Yes, 221 would vote No, and 202 are yet to decide and like the attention.