Assad selects hole in which to be captured

SYRIA’s President Assad has chosen the hole in the ground that he will be discovered hiding in this autumn, it has emerged.

In keeping with the trend for perilously unfashionable Middle Eastern leaders to retreat to a sort of burrow near their birthplace, Assad has purchased a well-appointed crater somewhere near Damascus.

A spokesman for the Bijou Desert Death Holes agency, which specialises in very temporary residences for the recently-deposed,  said: “Obviously we can’t reveal the exact whereabouts of the hole Assad has chosen to be dragged from, screaming and bearded, sometime in September, or October if he’s lucky.

“But we can say that the hole is roomy, largely rat-free, has a moss-coloured tarpaulin door and boasts a beautiful view of – ha! You almost had me there!

“The earthy subterranean residence comes furnished with a smattering of pathetic personal effects designed to give some retrospective sense of humanity – soap-on-a-rope, a picture of his wife, a copy of Razzle and a grab bag of Skittles.

“It is fitting that President Assad has chosen to meet his end like a man, albeit a homeless one. Keep checking Youtube throughout autumn for further details.”

He added: “Business is strong at the moment, we’re getting ‘final hole’ enquiries from all over the world, including Iran, and we’ve even taken a call from Francis Maude’s office.”

Pre-empting massive public demand, power points have been installed near to the hole where an angry baying mob can charge their cameraphones before storming it.

Syrian authorities are also understood to be providing a selection of blunt sticks with which Assad can be soundly beaten, as well as sharpened sticks which can be inserted into his anus.

Carroll starts against Newcastle to remind him of his job 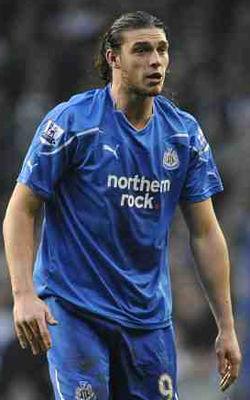 ANDY Carroll will play for Liverpool against Newcastle this weekend in the hope it will trigger memories of his former behaviour.

Since his move to Liverpool, the semi-tame £35M ponytail­-stand has struggled to remember what he used to do on Saturdays in between getting out of bed and getting incredibly drunk.

Anfield staff have had to shoo him away from the ticket booths and burger stalls, where he was caught trying to put on an apron, as Carroll continues his confused search for meaning.

Liverpool manager Kenny Dalglish said: “Every Friday night for the first three months we would find him near the Pier Head, making a keening noise for the Toon.

“Nevertheless, we’re hoping that in 90 minutes he can re­grasp the rudiments of a sport he’s been playing since he was a foal and reduce my looking the twat by enough of a margin to explain the whole Jordan Henderson confusion.”

Carroll will be transported to the Two Tracksuits For £10 stadium in Newcastle in a soundproofed box to stop him breaking free and galloping amongst his herd along the Tyne Quayside demanding tits be outed for unspecified lads.

Dalglish is hoping that the sight of several goals inevitably sailing into Liverpool’s net will awaken some primal urge in Carroll to make his £8M-worth of leg do what it used to as a matter of instinct.

Assistant manager Steve Clarke said: “We used to rub the goal net with a piece of Dirk Kuyt’s bedding to entice him, so I’m sure it’ll work with Andy so long as there’s no scent of skank in the crosswind to confuse him.”