Federal investigators say Richard Heene's claim that his six year-old son Falcon was trapped in a runaway balloon was such an obvious hoax that it must itself be part of a slightly larger hoax.

The FBI believes Mr Heene and his wife and children planned the hoax balloon hoax in the hope of hoaxing the local police into believing that it was a genuine balloon hoax.

"You have the initial panic, followed by police suspicions, followed by charges, followed by a fantastic court case, as opposed to a runaway balloon, possibly containing a small child, which everyone loses interest in after a week.

"If the fake hoax had been successful then a year from now you might get a few people asking 'whatever happened to the kid in the runaway balloon?' instead of millions of people saying  'I cannot wait for the runaway balloon hoax trial to start'."

The spokesman added: "The local sheriff has suggested Mr Heene staged a genuine hoax in a bid to generate publicity and get his own reality TV show, but what the sheriff fails to understand is that because Mr Heene has appeared on television for more than five minutes he will get his TV show regardless of whether it had been real, a hoax or a fake hoax.

"And there is nothing that can now stop this from happening."

Arctic To Be Just Lovely 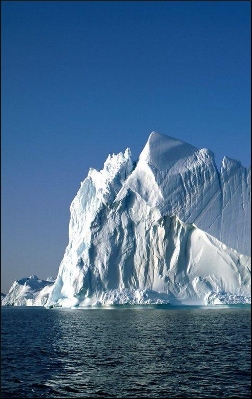 THE Arctic Circle is on course to be really quite lovely by 2019, new research has confirmed.

Measurements taken near the North Pole show the ice caps are melting as planned and will soon make way for miles of open jet ski lanes and first class snorkelling.

Polar explorer and property developer Tom Logan said: "In just a few short years this breath-taking landscape of pointless snow and ice will disappear to be replaced by millions and millions of those inflatable chairs with the handy cup holders.

"And once we've assassinated all the furious polar bears, the north coast of Greenland will be an excellent spot for deluxe timeshare developments and family-focused leisure concepts."

Researchers were alerted to the acceleration in Arctic temperatures after spotting a Katz Karaoke Bar 300 miles north of Norway, filled with a cackling horde of pissed-up temps from Bethnal Green.

Dr Logan said: "Any rise in temperature is accompanied by an immediate infestation of loud and horrendous British women.

"While I admire their frontier spirit, watching the Aurora Borealis pierce the polar night while some skank called Nikki screeched her way through If I Were a Boy is a moment I am utterly desperate to forget."

Anti-seaside holiday activists claimed the increase in temperature is a bad thing, but property experts insisted they were only saying that because they had fat, puffy legs and looked hellish in a two-piece swimsuit.

Meanwhile trawlerman Charlie Reeves welcomed the impending warmth, adding: "I don't know if any of you beard-juggling dolphin humpers has tried moving your bowels in a force nine gale when it's minus 30 outside?

"Spraying my clackers with antifreeze and then prying my bumflaps off the seat with a spatula is not a productive use of my time."