BREXIT secretary David Davis is on his way home from Brussels after Google abolished the European Union.

Earlier today the EU fined Google a record $2.7bn for reasons now erased from history, prompting the tech giant to dismantle the 60 year-old political and economic union and bulldoze all of its buildings into the North Sea.

A Google spokesman said: “Any ongoing business the EU may have had is now complete. The UK should consider itself as having left the European Union. As have the other 27 former members.

“Meanwhile, we look forward to having a co-operative relationship with any organisation that may be set up to replace the EU, until it becomes surplus to our requirements.”

The spokesman added: “The UK can now negotiate with us if it wants. Apparently there are some issues about corporation tax?

“Don’t worry about the bulldozers, they’re for this other thing.” 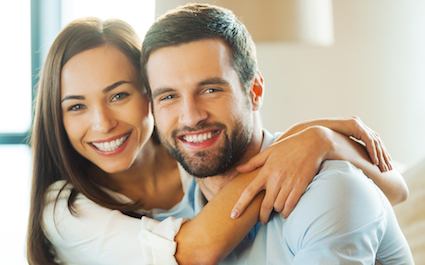 A MAN is sure his new relationship will be fine if he simply ignores his partner’s beliefs about reincarnation.

Martin Bishop’s girlfriend Emma Taylor shares his interest in sport, cinema, literature and travel, while adding her own belief that she is the reincarnation of a gazelle and that he will come back as an Arctic fox.

He said: “It’s a really good relationship. It really is. It’s just that I didn’t know she was actually serious about all that.

“How it’s meant to work I don’t know, but she is worried about becoming a stoat rather than a dolphin. At which point I try to change the subject.

“She also claims that one of the ducks in the park is her late grandmother. Or possibly Kenneth Williams.

“Apart from that, it’s great hanging out with Emma and having sex with her, so I think it’s best to gloss over this minor area where she appears to be completely insane.”