Death of Twinkies could affect US holiday one-upmanship

THE demise of Twinkies could leave thousands of British holidaymakers unable to show off about having eaten them.

Twinkies manufacturer Hostess has gone bust, meaning tiresomely aspirational Amero-philes may soon have one less exotic experience to boast about.

Mother-of-two Emma Bradford said: “We’re one of those weird families that is inexplicably obsessed with America, from WWE wrestling to having a ‘hot tub’ in the garden.

“This year we’re going on a holiday to Florida that we can’t really afford, purely so we can brag about it to the neighbours.

“Apart from going to something called the ‘Epcot Centre’ one of the main boasting topics was going to be how we ate Twinkies, Oreos and Hershey bars.

“Now I’m fairly sure you can buy Hershey bars and Oreos in Britain with some persistence, but not Twinkies. So it really is essential that they don’t disappear from American shops at least until we get a chance to eat some.

“Although I suppose we could just lie about having had Twinkies.”

Emma Bradford’s neighbour Stephen Malley said: “We actually went to America last year on a no-expenses-spared trip and ate loads of Twinkies, they were as delicious as angels’ vaginas.

“It’s just a shame Emma Bradford wasn’t wealthy enough to afford a trip in time to be sure of experiencing them, but then her husband only earns £11.5K after tax.

“America was amazing, the Grand Canyon is so big that you couldn’t possibly understand it. Also they have waffles for breakfast, it’s incredible.” 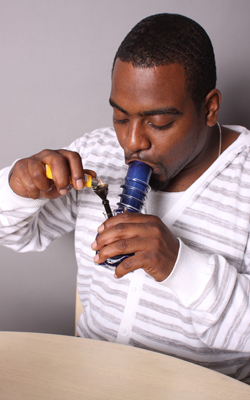 SMOKING rots the brain until you start thinking like a non-smoker, it has been confirmed.

Researchers have discovered that if you keep smoking then you will become so pathetically stupid that you think other people’s legal habits are any of your business.

Professor Henry Brubaker, of the Institute for Studies, said: “It rots your brain so much that you end up calling for fat people to pay more tax.

“Or you may demand large health warnings on bottles of Chardonnay, accompanied by a charming photo of an alcoholic’s liver.

“Then, in the terminal stages of tobacco induced brain-rot, you call for a ban on the sale of Tizer near primary schools.”

He added: “It seems that for the first 100,000 cigarettes, smokers are generally liberal-minded and tolerant of other people’s flaws. But shortly after that they become opinionated, busy-body fucknuts.

“The nicotine has damaged their brain so much that they think the government should decide how you live your life.

“Finally – and you might want to look away at this point because it gets a bit graphic – they actively support public health campaigns.

“Particularly those depicting the sad-eyed children of people who are not members of some shitty fucking health club.”

Professor Brubaker said that in a few extreme cases heavy smokers can even become the sort of hopeless cretins who think they have a right not to be offended.