Dubai Plans Skyscraper Made Of Fanta

THE oil-rich state of Dubai has unveiled plans for a daring new skyscraper constructed entirely of Fanta.

The mile-high building will include 150,000 luxury apartments, 127 five-star hotels and 16 million gallons of the fizzy orange drink.

It will be designed by the German architect Jules Berghoff, who specialises in working with soft drinks and last year completed an office block in Bahrain based on the original Soda Stream machine.

Berghoff said: "Dubai is a very now, tomorrow kind of place. There are no yesterdays here.

"That means using lots of very tomorrow materials, and what could be more tomorrow than a building made of Fanta?

"The Fanta will form the walls and floors, but we will be able to pour the entire structure into a bottle in the event of high winds."

Dubai is at the cutting edge of international architecture and has already outlined plans for the world's first walking skyscraper.

The 20,000ft tall building will be able to move freely around the city, peering in the windows of other skyscrapers or posing for tourists next to their hotel.

If temperatures rise above 37 degrees centigrade the building will go and sit in the sea for half an hour, before having a nap under the world's most gigantic palm tree.

MPs Think You Must Be Some Kind Of Twat 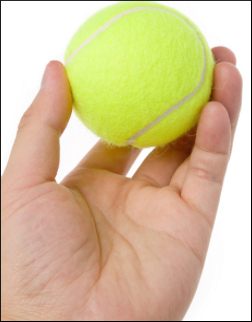 A YEAR long review of the rules governing MPs’ expenses last night concluded that you are a complete twat.

The House of Commons report said reform of the expenses system was necessary to make it more transparent and easier for MPs to put your money directly into their bank accounts.

Key changes include the scrapping of an annual allowance of £24,000 for running a second home, to be replaced with a radical new £24,000 second home grant.

A controversial £4,000 a year allowance for food will also be abolished, and MPs will now have to get by on a subsistence grant of just £4,000 instead.

Labour backbencher Tom Logan said: "Under the old system MPs could claim £35,000 a year in expenses without receipts. Now we will receive two payments of £17,500, the crucial difference being there will be no need for receipts."

He added: "If it seems complicated that's because it is, so don't even try to understand it because you might die."

Mr Logan then picked up a tennis ball, waved it in front of your eyes and pretended to throw it into the corner of the room.

After your unsuccessful attempts to retrieve the ball, he suddenly produced it from behind his back, leaving you confused but still excited.

He then waved the ball again and went to throw it into the opposite corner of the room, but when you ran over there you discovered it was still in his hand after all.