Everyone still pretending they know what they're talking about

THREE days after the exploding Euro-summit, everyone is still pretending that they know what is going to happen.

As people who are sceptical about Europe and people who want to have sex with it continued to shout, experts said there was no sign of either side conceding their ‘facts’ are just opinions and not particularly good ones at that.

Professor Henry Brubaker, of the Institute for Studies, said: “At some point someone with a fancy title is going to say ‘I haven’t the faintest fucking idea’ and that will hopefully start a chain reaction of people admitting they’re full of shit.

“Meanwhile, as we saw from the poll in the Himmler on Sunday, more than 60% of Britons think David Cameron was right to be stitched up by a little Frenchman who’s so stupid that he’s been having sex with Carla Bruni for the last five years.”

And yesterday, as Labour’s Ed Miliband said he would fight to ensure that British road signs would be in English as well as German, deputy prime minister Nick Clegg raised the obviously-not-knowing-what-he’s-talking-about stakes.

He told the BBC’s Andrew Marr Reads the Papers: “Because of the thing I originally said was my idea too, I am now absolutely convinced that we will all end up in a little boat in the middle of the Atlantic doing unspeakable things to each other.”

But the Tory right hailed Mr Cameron’s abject humiliation by a tiny French person insisting that, weather permitting, Britain could now open a trade route to the spice rich islands of the Andaman Sea.

Something called a ‘Douglas Carswell MP’ added: “Thank goodness it’s December 1722 otherwise this country would be up the Bay of Bengal without a mariner’s astrolabe.”

The latest bout of clueless certainty began on Friday when Britain and the EU both refused to compromise over a currency that doesn’t work and a financial sector that wants to kill everything.

EU leaders claimed their pathetic monetary system was slightly less idiotic and crapulent than the City of London, while Britain insisted the Euro was at least three per cent more psychotic than the insanely dangerous sex offender that is the UK financial industry.

But as critics accused Britain of wanting to have its cake and eat it, experts stressed the cake would eventually eat Britain, shit it out and then move to Hong Kong anyway.

Meanwhile there was a growing consensus that even if the Eurosceptics do turn out to be vaguely right about anything it would be best for everyone if they left Britain and set up an incestuous, dungaree-wearing society on a disused oil rig. 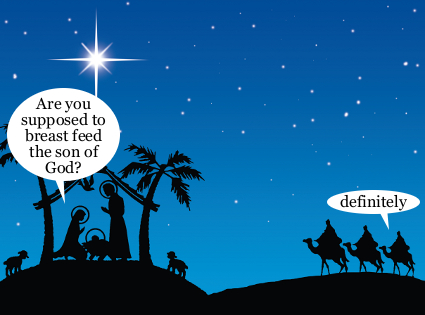 You can actually buy this. Click here for Mash Christmas cards.