THE Queen is not enjoying her visit to Germany, it has emerged.

The monarch, overheard while speaking on her mobile phone, complained that Germany was ‘a bit depressing’ and that Chancellor Angela Merkel was ‘like Nicola Sturgeon, but without the whimsical charm’.

The Queen also said that seeing the Berlin Wall was the one thing she was looking forward to ‘but they’ve knocked the bloody thing down’.

The monarch was overheard saying: “When I looked at the diary and saw ‘go to Germany and make a speech about Europe’ I thought ‘whoop-de-fucking-do’.

“I wasn’t wrong. I’ve just spent all morning at a concentration camp. Jesus wept. I could really do with watching a puppet show right now. But not a German puppet show. I imagine that would be a bit grim.

“I know, I’ll go back to the hotel and stick on the Muppet movie.”

The Queen then stressed she meant the original 1979 Muppet film, ‘where Kermit rides a bike’.

Every guest room has weird painting on wall 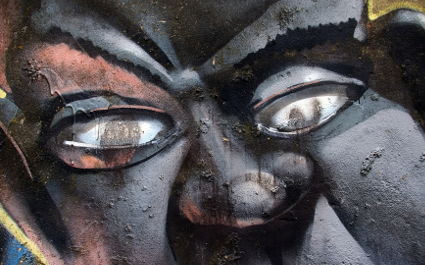 EVERY guest bedroom in human history has had an unsettling picture hanging on the wall, it has been confirmed.

The Institute for Studies found that Even tribal rainforest communities keep a ceremonial hut for visitors with a picture of a gecko wearing a crown framed and hung up as if someone would actually like it.

Professor Henry Brubaker said: “Even billionaires use their guest rooms for paintings by Hieronymus Bosch of people in hell with their bums inside out.”

Tom Booker of Newcastle said: “In the living room there’s a Polish poster for Raging Bull, in the kitchen I’ve got some framed political cartoons and in my bedroom there’s a print of The Who at Woodstock.

“And in the spare room, there’s a painting I got at a car boot sale of an old dog looking out of a window at what seems to be an abandoned funfair.

“I don’t want anyone feeling too welcome.”