Greece 'stuck between a rock and actually paying tax'

GREECE could be forced to set up some kind of tax system, the country’s prime minster has admitted.

As MPs in Athens passed a new round of reality measures, Lucas Papademos warned the country now faced the ‘impossible choice’ between total economic ruin and VAT.

He said: “It seems we are going to have to do stuff and then pay tax on the money we get from doing the stuff. Where does one even begin?”

Initial ideas for new Greek industries include pretending everything will be fine and setting fire to large public buildings.

Papademos added: “What if we tax arson at 30 percent and pretending at 40 percent? I think that’s how it works.”

Economist Julian Cook said: “The issue of whether or not Greece stays in the Euro still seems to be relevant, which I do find incredibly sweet.

“It’s a bit like someone who owes you fifty quid asking if you take invisible credit cards.”

He added: “At least Mr Papademos has finally hit upon the doing and taxing of ‘stuff’.

“And while it’s not for me to tell the Greeks what stuff they should do, I suspect it will have to involve sunshine and delivering cheap lager to fat, horrid, working class English people.

“And there, I think you will find, is your ‘hard place’.”

Call for consensus on how to destroy the NHS 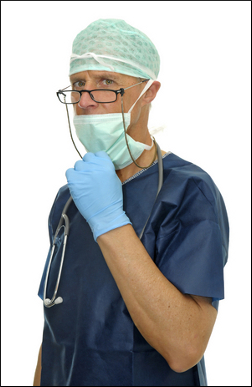 MPs must stop using the National Health Service as a political football so that it can be destroyed once and for all, it has been claimed.

As David Cameron came under renewed pressure to nudge health secretary Andrew Lansley in front of a tank, unions, professional bodies and patient groups called for ‘politically driven targets’ to be replaced with a guaranteed timetable for destruction.

“We need a new set of ideas that will definitely put an end to the NHS but at a moderate pace that everyone can live with.”

But Mr Lansley dismissed calls for the health service to be destroyed, adding: “I think what Britain really wants is for the NHS to be permanently second rate – we just need to agree on how we get there.”

Professor Henry Brubaker, of the Institute for Studies, insisted a national consensus was achievable because everyone in Britain already agreed that the NHS should never do anything remotely French.

He added: “The French health system is funded by a combination of state and private insurance contributions, treatment is free for the poorest, the GPs, hospitals, specialists, clinics and labs are autonomous and all it manages to do is be the best in the world.

“But the French have always been a nation of rabid libertarian capitalists who obviously set up their health system purely for the benefit of American banks.

“And of course they are very quick to surrender and they smell.”

Meanwhile, Margaret Gerving, a retired headmistress from Guildford, added: “Can someone just look at this fucking huge thing on my leg?”