GREECE was condemned last night for punching a nice horse right in its face.

Eyewitnesses said the animal, a gift from Europe to the former country, went down like a sack of potatoes.

“But they got all angry and said the horse was full of Germans who would wait until everyone was asleep and then creep out of the horse and make sure everyone in Greece had enough money to buy a Volkswagen.

“I said to them, ‘The problem is you don’t have a horse of any kind, or for that matter, a Volkswagen. And anyway, don’t go around punching horses, you dicks’.”

Horse vet, Helen Archer, said: “If you’d worked hard and saved up and bought a horse for your eight year-old daughter and then she said ‘I don’t like this horse, get me another one’ you’d probably just tell her to fuck off.

“And then where would she be without mummy and daddy to buy horses for her? In the fucking gutter, that’s where.” 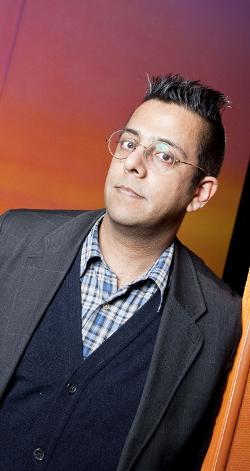 SIMON Singh’s bid to have a psychic prove her supernatural powers was turned down after it emerged she is not an idiot.

The living embodiment of The Guardian issued a challenge to  Sally Morgan, who dubs herself as ‘Britain’s Most Popular Simpleton Comforter’, to help advance the twin causes of science and writing smart-arse columns in smug newspapers.

Morgan’s lawyer Roy Hobbs said: “While the workings of psychic reading remain shrouded in mystery, it’s very much an established accounting fact that to throw away millions a year just to try and win a bet you didn’t ask for would be incredibly fucking stupid.

“Mr Singh assumes that just because Sally gets her money from cretins and is often compelled to say cretinous things on stage that she must therefore be a cretin herself.

“But I would offer a counter challenge to him to see if he could become rich armed with nothing but a radio mic and some shit about auras.”

Singh said the challenge could become an annual event, with wealthy voodoo peddlers telling him to shove it from their enormous mansions each Halloween.

He stressed it was important that confused old people know their dead relatives are moldering heaps of mulch that can never communicate with them again and that we are all alone in a dying universe.

Hobbs added: “The public get conned on a daily basis, whether it’s convincing them to take a loan out at 2,000% interest, telling them a pot of face cream will make them look like Heidi Klum, or the idea Louis Walsh knows what music sounds like.

“At least Sally makes them think their dead auntie cares about them getting sacked from Greggs. Could be worse.”