Lads’ holiday ruined by refusal to be a twat

A LADS-ONLY holiday to Magaluf has been spoiled by one man’s stubborn refusal to behave like an utter twat.

20-year-old Tom Booker failed to embrace the change of character that is an obligation on a males-only holiday.

Fellow holidaymaker Wayne Hayes said: “We were naked and lobbing bottles off the hotel balcony at 3am when Tom pipes up with some shit about ‘keeping the locals awake’.

“We all thought he was joking but the next day when we all tanked bottles of gin by 2pm and went out to harass girls and behave aggressively towards bar owners he was nowhere to be seen.

“He needs to man up and act like a twat before he makes everyone doubt themselves.”

Booker said: “I don’t mind acting like a bit of a twat but you have to draw a line.

“They think I’m repressed but I think they’re acting like bigger twats than they actually are. Nobody really wants a can of Foster’s first thing in the morning, or indeed at any time of the day.”

He added: “A foam party can be the loneliest place in the world.” 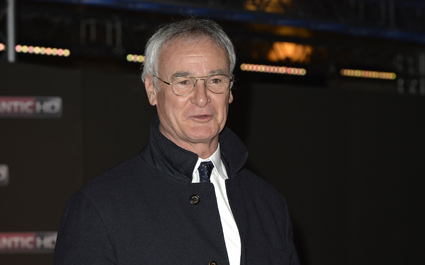 EX-CHELSEA boss Claudio Ranieri is being unusually evasive when asked which team he will be managing next season.

Ranieri told friends and family that he has a new job but only offered cryptic responses when asked the club he will be working for.

Friend Julian Cook said: “Claudio just keeps saying he’ll be managing an English team and that he’s delighted to be working in the Premier League again.

“I named at least 15 teams but he kept shaking his head, so I suppose he’s being modest and doesn’t want to make a big deal out of it.

“It’s a bit like that time we could have sworn we saw him coaching Greece in their defeat against the Faroe Islands but he insisted it was another avuncular Italian with a wry demeanour.”

At his introductory photo shoot as Leicester boss, Ranieri made the unorthodox request to have his picture taken in such a way that only the CFC was visible on the seats in the King Power Stadium.

He then declined to hold up a Leicester City scarf, insisting that he already had plenty of scarves of his own.

Ranieri said: “I’m delighted to have joined the club that I have joined. All I can ask is that the fans are patient and support me and that they never take any photos of me at the games.”