AUDIENCE members at Jennifer Lopez’s gig in Turkmenistan have been incarcerated for not partying hard enough.

A source said: “When JLo said, ‘Make some noise everyone!’ we all cheered as best we could given the shitness of the music.

“However government officials deemed the level of audience enthusiasm to be insufficient. We were asked by men with guns to remain behind after the concert.

“I haven’t seen my brother since.” 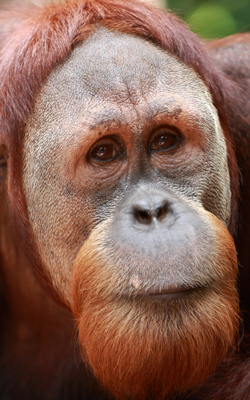 JULY’S news events will all take place this week to clear media space for the Royal birth.

The death of Nelson Mandela, a military coup in Brazil and the exposure of a yet-to-be-decided cabinet minister’s sexual quirks will all happen before Sunday so the rest of the month can be ‘all baby’.

A BBC spokesman said: “We’re working with the Illuminati and other shady puppeteers to accelerate world happenings and ‘clear the decks for baby’.

“Mandela, who was in danger of annoyingly clinging to life for the foreseeable future, will die later today and receive 18 hours of tributes before his burial at noon tomorrow.

“Other celebrities who will be expiring earlier in the month than planned include Ronnie Biggs, Oran ‘Juice’ Jones and Kinga from Big Brother series 6.

“Meanwhile Egypt has until Wednesday to overthrow its hardline Islamist president or it is stuck with him until August.”

The Sun editor David Dinsmore said: “We’re planning three pages on the baby’s weight, four on the name, two pages each on Harry and Pippa’s presents, four pages on how Kate will regain her figure and a two-page editorial asking Prince Charles to abdicate.

“And then in the middle of the paper theres the Royal Baby special.”