A MAN returning from an Amsterdam citybreak has returned with more substantive benefits than Theresa May from Strasbourg.

Nathan Muir, who flew out to the Netherlands capital on Friday, came back yesterday with a pair of decorative clogs, a pack of pornographic playing cards, and a box of windmill biscuits with more to come.

He said: “I wasn’t even trying and I’ve got more than a joint legally binding instrument.

“Strasbourg isn’t the ‘Dam, obviously. Doesn’t have all its relaxed laws. But I could have picked up one of those big round cheeses with no effort at all, and that would’ve had more chance of impressing the ERG.

“Plus, and this beats strengthened wording, I’ve got one-and-a-half grams of blueberry haze in a birthday card sent to a false name at my address. Gareth says they never check.

“If that gets through then there’s no doubt I’ve got far more than she’s managed and in a single trip. Take a leaf from my book, Mrs May.”

Muir has, unknown to him, also brought back a case of crab lice the benefits of which he will pass on to several other Britons. 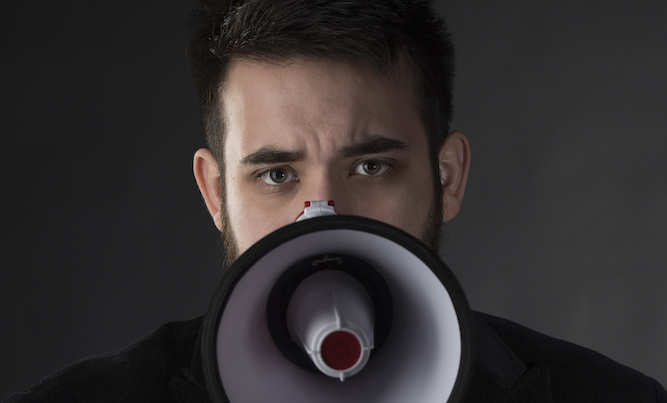 HELLO, I’m one of those men who shouts a lot outside of Parliament whenever I see someone being interviewed on camera. I mostly just shout ‘Leave’ but sometimes I do other things. Here’s how I spend my day…

8am: Wake up from a dream where I’m playing chess against Emanuel Macron. I don’t know how to play chess and when I realise this in the dream I just shout ‘Leave!’ and turn into a post box. Then I get out of bed, stick the kettle on and shout at the television.

9.30am: Arrive at Parliament. I stick up my seven Union Jacks then keep my eyes peeled for any cameras or journalists knocking round so I can start shouting ‘Leave!’ while they interview a traitor.

12 noon: Lunch. I buy a savoury cheese sandwich from Tesco and shout ‘Leave’ at the young man on the checkout after he fails to complain angrily about traitors.

12.30pm to 5pm: Look out for anyone being interviewed and shout loudly in the background. I see my role as preventing Kay Burley or Simon McCoy off the BBC from doing their jobs properly. Just your everyday stuff and not weird at all.

5pm- 11pm: After a day of shouting I go to the pub. I ask for a pint of mild and then shout ‘Leave!’ at the barman. It really is hard to turn off from work sometimes. I’ll often notice someone being filmed by their friend on a mobile phone and march up and down in the background shouting ‘Leave’ at the top of my lungs, like a perfectly normal British man.