Of course Americans are stupid enough to do this, say experts

EXPERTS have stressed that of course America is genuinely stupid enough to elect a deranged murder clown as its president.

Professor Henry Brubaker, from the Institute for Studies, said: “The question ‘are Americans really stupid enough to do this?’ is, in itself, fairly idiotic.

“In recent years, thanks to some very well made television programmes like Breaking Bad and House of Cards, we may have led ourselves to believe that America is more intelligent than it actually is.

“More than half the population believes in some form of creationism. More. Than. Half.

“Meanwhile, many of them are unable to locate their own state on a map, never mind large, well known foreign countries.

“And then there’s the guns. So many fucking guns. It’s how a great many of them define themselves. That is not a good thing to do with your brain.”

He added: “Anyway, have a lovely evening.”

Can I have one girlfriend without you bastards f**king it up? asks Harry 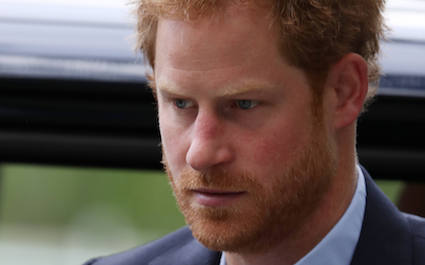 PRINCE Harry has asked the world’s media if he could just have one relationship that is not immediately ruined by bastard journalists.

The prince has released a letter to the media asking if they could just one time not steam straight into a new girlfriend’s life and bollocks it all up.

He continued: “Seriously you fuckers, the prince thing only gets you so far when she’s getting a hundred texts her day about her mum being followed by stubbly, fag-scented photographers.

“Stop saying I could do better. You might think so, but by any realistic measure she’s already way out of my league, okay?”

Following the letter, newspapers agreed that what would be lovely is getting out the family album to show this new girl photos of Harry dressed as a Nazi.