Just over a month into her presidency, Clinton is also facing investigations by Republicans into her choice of  hats, a mean look she gave somebody, and the way she holds her coffee cup.

“Wearing shoes that were blue and brown, and to do so less than two-thirds of a mile away from a war memorial, was an act of gross disrespect to our brave troops who I personally worship as gods.”

Gowdy added: “If Donald Trump had been elected then we’d be hitting him just as hard.

Nothing must stop Article 50 being triggered on arbitrary date I’ve made up, says May 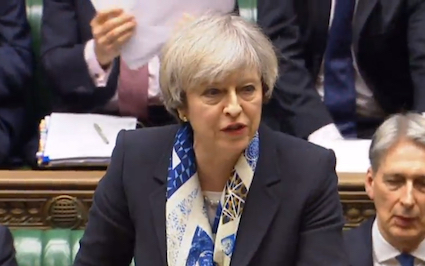 THE prime minister has confirmed that Article 50 must be triggered on March 15th because it is written on her kitchen calendar in pen.

Both houses of parliament have been told there is no time for amendments to the Article 50 bill before the deadline which must be met because it is the deadline.

May said: “Article 50 must be triggered on a date I chose entirely at random, because otherwise it would be late.

“Consequently we’re unable to consider the amendments suggested by the Lords because we’ve got less than a fortnight left. Sorry. As you can see it’s out of my hands.

“There is no way we can delay it because that would mean changing the date on which Article 50 is triggered, which as discussed is March 15th.”

She added: “So if you could just pass the legislation as is and then everything will proceed on schedule. Thanks. No further questions.”