THERE is nothing gay about gently washing another man’s feet and then giving them a kiss, the Pope has confirmed.

Pope Francis said the ceremony was inspired by Jesus washing the feet of his disciples, but with a bit more soaping.

He added: “Perhaps if it wasn’t me – or for that matter, Jesus – doing this I could see how some people might think it is faintly homo-erotic.

“Therefore I have chosen to dispel this idea by performing the ceremony in a prison.”

The Pope said that prisons are ‘rough, tough places full of scary men who would beat you up if you implied they were homosexual’.

He continued: “I tell you what, if you’re gay before you go to prison, you’ll be straight by the time you come out. It’s all very masculine.

“In fact, I often wonder why we don’t put homosexuals in prison and sort them out once and for all.

“Then we wouldn’t have to have these horrible arguments about gay marriage and I could spend all day washing and kissing men’s feet without having to explain myself.” 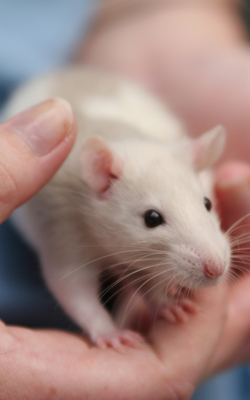 THE dregs of Britain’s Olympic spirit are to be kept alive in a rat.

As the Olympic stadium was leased to corporate football and Danny Boyle admitted everything was shit again, government scientists began a frantic mission to preserve the dregs of 2012’s fleeting optimism.

Dr Roy Hobbs said: “We scoured the deserted, decrepit stadium using special machines that are like metal detectors but for hope.

“Eventually we found traces of positivity around the rim of an old towel, probably from the sweat of an athlete who is now flogging sandwiches.”

The microbes of Olympic spirit were then injected into the soft underbelly of a brown laboratory rat called SH1121.

Dr Hobbs said: “The optimism will last longer in a living organism.

“Also there are plans to tour the rat around schools to inspire youngsters to fulfil their dreams.

“Which means probably we should have put it in a labrador or some other creature that doesn’t have sharp claws and poisonous urine. But rats are just so handy.”