Putin To Propose At Sushi Restaurant

RUSSIAN President Vladimir Putin is to propose to his girlfriend at his favourite Moscow sushi restaurant, the Kremlin has announced.

Putin has told friends that he is fallen in love with former gymnast Alina Kabaeva and hopes very much that he will not have to crush her.

"She also understand importance of gas. We stay up all night, drink champagne, talk about gas. Then she bend for me. I very happy."

Putin has ordered a romantic evening at Moscow's premier sushi bar, including a judo demonstration and a short film about Russian exports.

He has also agreed a series of hand signals with the 'head waiter', depending on Miss Kabaeva's response.

'Get Your Bumcheeks Out Of My Face' 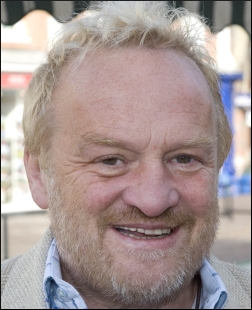 MINI-SKIRTS have risen to record levels making it virtually impossible for men to travel on escalators without being exposed to women's buttocks, a new study reveals.

In the last year skirts have shrunk in size from 'Christ, I've seen wider belts' to 'masking tape' to 'bloody hell, I can see what you had for dinner'. Further shortening is forecast for July.

More than 68% of men said they were now too scared to use the top deck of the bus in case they met a lady on the stairs and came face to face with either of her bottoms.

Tom Logan, an electrician from Bolton, said: "I'm at the Arndale Centre, I get on the escalator, minding my own business. Next thing, I look up and there's two great pillows of flesh bearing down on me like an angry sumo.

"If someone had hit the emergency stop button, I'd have been wedged up to my shoulders in bum. They'd have had to get the fire brigade to prise me out of there. And I'd have lost my glasses."

Roy Hobbs, an accountant from Croydon, said: "I work in a very female environment and I'm getting a stiff neck from constantly trying to look straight ahead.

"I was in a meeting last week when this girl from sales uncrossed her legs. No panties. At first glance it looked a bit like Anthony Worrall-Thompson."

But Bill McKay, a veteran pervert from Leeds, said he was cancelling his subscription to Front Botty magazine after 35 years.

"All I need is my free bus pass and one of them camera phones."