Questioning the origin of your host's vodka jellies: six middle-class ways to hit back hard at Putin

DEVASTATED by Ukraine’s invasion but left feeling impotent? It’s time to hit back by using the full force of your middle-class powers:

Tear up your Tchaikovsky tickets

Your precocious son Ignatius was so looking forward to the Russian State Ballet’s performance of Swan Lake, until the invasion. Then, even though he’s six, he piped up: ‘Mummy, I think posting our torn-up tickets on Instagram will send a powerful anti-imperialist message of solidarity.’ Wise words from one so young.

Question the origins of your host’s jelly vodka

It may seem rude, but it’s time we all paid more attention to the ethical sourcing of our witty after-dinner tipples. How are we going to take down Putin if we don’t all make little sacrifices like switching the Stolichnaya for Grey Goose?

Give your Estonian au pair a pay rise

Liisu has suffered so from this war. Your children now sounding Slavic because they spend so much time with her is just so precious. She may not be directly from Ukraine but her country probably borders it, so pay up then boast about it. To be the bigger person.

Call your broker and demand they sell your shares in Gazprom, Yandex and Lada. Ignore protestations that it isn’t that simple and insist they get it done. Listen with interest as they advise that your returns could treble in a year if you stay in. End the call inconclusively.

Might seem a little extreme at first but it’s the right thing to do and somebody has to take a moral stand. Anyway, now they’re heading back to being the club that won nothing in the 1970s they don’t have the same cachet, and it leaves extra cash for a round of Bloody Marys.

Only sail on sustainable superyachts

It’s marvellous that Germany is impounding superyachts, but flying is unconscionable in the climate change emergency. So if offered a trip to Dubai on an oligarch’s boat only accept on the grounds of reducing your carbon footprint, and make sure to lecture your host on how Putin’s actions aren’t cricket while admiring his Pollocks. 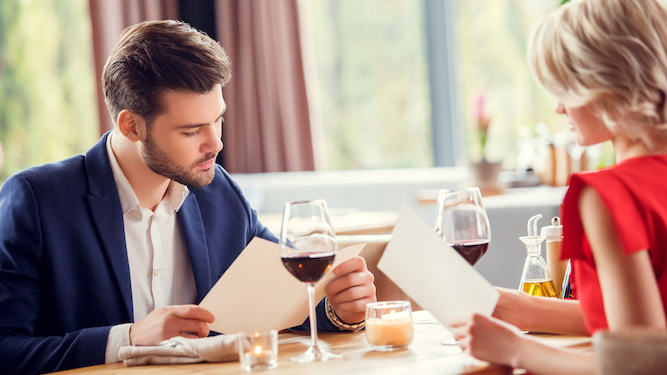 A SOPHISTICATED Northern diner has asked to see the list of available sauces rather than just plump for the house red.

Roy Hobbs surprised Donna Sheridan with his cosmopolitan self-assurance when he took her out for a meal that didn’t come wrapped in newspaper.

Sheridan said: “I didn’t expect Roy to be so classy but rather than just asking for tomato ketchup he insisted on seeing the sauce list and then talked me through it, explaining all the regions and flavours.

“To compliment my cheese and ham toastie, he said a dollop of full-bodied HP would pair well with the savouriness of the meat, and a dash of spicy Worcestershire would enhance the piquancy of the cheddar. Which it did, exquisitely.

“I had a lovely time. Roy was charming and considerate, and I found his confidence with sauces arousing. Unfortunately, though, we didn’t kiss because his garlic breath was rank and being anywhere near him made me physically heave.”