Rio Olympics opening ceremony to be not as good

TONIGHT’S 2016 Olympic Games opening ceremony in Rio is widely expected not to be as good as the British one all about us.

Brazil has been advised that it cannot meaningfully compete with the ceremony regarded throughout the UK as the greatest ever, so the best thing to do is keep it low-key and short.

Roy Hobbs of Malvern said: “We had Emile Sande doing Abide With Me and a James Bond bit where the Queen, or at least a muscular much younger person dressed unconvincingly as the Queen, jumped out of a helicopter. You can’t beat that for razzle dazzle.

“Brazil may have Pele and Gisele, but we have Del Boy and Tim Berners-Lee who invented the internet.

“I’m more worried that it’ll be embarrassing for them than anything. If I was them I’d make it about Britain, then it might be good.”

Brazilian Jorge Monte said: “Can we do better than David Beckham on a speedboat? Mmm. Tough one.”

There is no ball, table tennis players admit 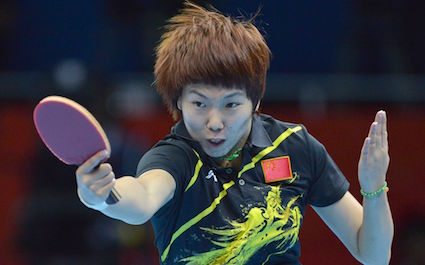 INTERNATIONAL table tennis players have confessed that there have been no balls involved at the sport’s top level for 30 years.

With the Olympics continuing in Japan tonight, officials are holding emergency meetings to decide whether table tennis events can be held at future Games now it is essentially fictional.

“The balls move so fast that they’re difficult to see, and when the final at the 1984 Los Angeles Olympics concluded and both players realised the ball had been under the table for the final ten minutes, they were too embarrassed to say.

“After that, we pretty much decided balls were an outmoded part of the sport we needed to leave behind in favour of an intricate choreography of bat-waving.

“Really we’ve got more in common with contemporary dance than sport, but sport gets slightly more funding.”

Fan Norman Steele said: “If anything it actually increases my respect for the players due to their sublime artistry in weaving a decade-spanning web of deception.

“Then I remember it’s ping-pong.”