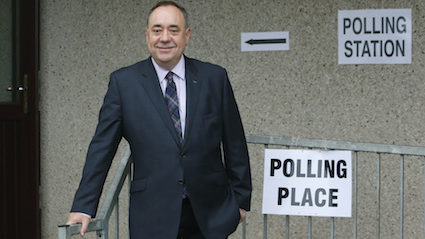 ALEX Salmond has voted ‘No’ to Scottish independence.

The SNP leader cast his ballot this morning near his constituency home and then emerged from the polling station and gave a ‘thumbs up’ to the media.

When asked how he voted, Mr Salmond said: “I voted ‘no’ actually. Last minute change of heart, I suppose.

“The idea of independence is quite exciting, but at some point over the last couple of days I just thought, ‘it seems like a lot of bother’.”

He added: “I’m also a wee bit worried about my pension.”

Chelsea to sign ‘next Messi’ the moment he’s born 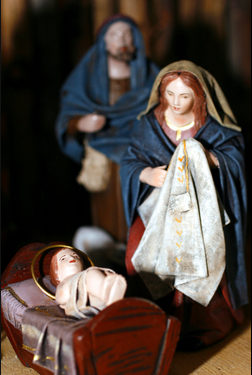 CHELSEA is to pounce for a Romanian labelled ‘the next Lionel Messi’ as soon as his umbilical cord is cut.

The Premier League side has had a representative in the maternity ward of a small Romanian hospital for the last 24 hours, holding a three-year contract and a celebratory balloon.

Chelsea scout Tom Logan said: “We’ve had our eyes on the lad since he started to develop bones.

“We had a few worries when he began to put on a layer of fat in the 24th week of gestation, but he’s now match fit and you can really see that cultured right foot in action when he kicks in the womb.

“He may need to work on certain areas of his game, such as developing motor functions and a conscious awareness of self, though we can probably manage without too much of the latter.”

Meanwhile, Real Madrid revealed its talent scouts have been leaving contracts next to athletic-looking couples while they are having unprotected sex.