A SHARP rise in the price of snails is forcing millions of hard-up Frenchmen to eat their own bogies.

The French normally consume 14,000 tonnes of snails every year, which they import from Eastern Europe to eat alongside frog thighs and horse testicles.

However, supplies have collapsed after a mass outbreak of shell flu among the vast snail herds of Bulgaria and the Russian Steppes.

Guy Defarge, head chef at Le Dégoûtant in Paris, said: "We try rat's pancreas, ze sex organs of a squid, and ze eyeballs of a raccoon, and zey all taste fantastique, very popular.

"But zey are not ze snail, so instead we just use bogies and zey work like a charm. Now we are asking ze staff to keep all their bogies in a jar."

He added: "We have also placed a sign in ze window offering instant cash payment for large, good quality bogies with no black bits."

Meanwhile President Sarkozy and his incredibly hot wife have come under fire from Le Monde for eating foreign worms instead of 'simple French snot'.

Defarge said: "Monsieur Sarkozy is out of touch. Lucky for him his wife is such a total and utter pump." 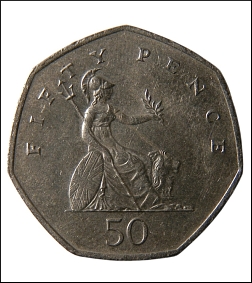 GORDON Brown has outlined plans to recapture the political agenda by acting like your old gran.

The prime minister is urging people to finish their dinner and reminding them that during the war Britain had to eat mice, tree bark and bits of shoe.

In a speech today he will say: "Have you got a girlfriend yet? Better get a move on, or everyone'll think you're a poofter."

And later this week Mr Brown will send out 60 million envelopes, each containing a recipe for boiled egg stew, a single white sports sock and a 50 pence piece.

Dr Julian Cook, a political analyst at the Institute for Studies, said: "The grandmother agenda probably began last year, when Mr Brown started going on and on about 'British jobs for British workers' and asking Lenny Henry if he preferred the weather in his own country."

He added: "What Mr Brown fails to realise is that while some people may like their own gran, they absolutely do not like anyone else's, especially if it's a six-foot tall, brooding, Scottish sociopath."

The prime minister's new strategy will also involve criticising your mother's parenting skills and telling her she dresses like a prostitute.