The Mash guide to the Eurozone crisis

IT IS the coming crisis that absolutely nobody, from the innumerate man in the street to the technocrats leading the EU, understands or has any idea how to stop.

What are the options for the Eurozone’s future?

— Greece wants to stay in Eurozone but is unable to pay bailout debts, goes bust leaving French and German banks with billions in write-offs, Eurozone fucked.

— Greece leaves Euro and EU, says it never wanted to be in either in stream of passive-aggressive posts on social media many of which quote Radiohead lyrics, pays debts with worthless currency as above, Eurozone fucked.

— Greece leaves Euro and EU, is joined by Spain, Italy, Portugal and Ireland to form new cool EU for countries who prefer having a boozy laugh to working, all of whom are too irresponsible to even bother opening letters about debts, Eurozone fucked. 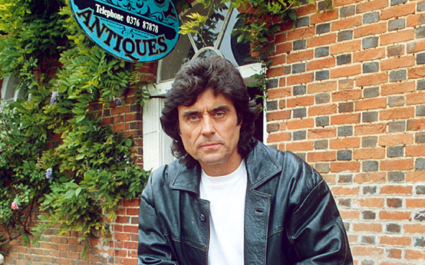 THE Walt Disney Company has acquired the rights to feature roguish antiques dealer Lovejoy in its Marvel Avengers franchise.

He said: “With our acquisitions of both the X-Men and Lovejoy, the Marvel Universe continues to go from strength to strength.

“Fans can be sure that the next Avengers movie will be packed with plot lines about shady goings-on inside East Anglian auction houses.”

On an Avengers e-forum, blogger Wayne Hayes wrote: “Having an Ipswich-based antiquer with a shoulder-length mullet and deep facial creases fighting alongside Iron Man, Thor and The Hulk is simply not a true reflection of the original comics.”

Feige said: “I’ve seen sceptics sniping away online about how Lovejoy is not a ‘real superhero’. Then how do you explain his powers for distinguishing priceless heirlooms from clever fakes?

“I’d like to see Steve Rogers aka Captain America tell the difference between a genuine Stradivarius violin and a near-perfect replica. Spoiler alert: he couldn’t.”

Feige added: “This is probably not a good time to reveal that Bergerac is in the next Guardians of the Galaxy.”