Trump hiding from media 'like he owes them rent money'

DONALD Trump is currently hiding from the media as if he owes them two months’ rent money, it has been confirmed.

Trump, who is the first president since a nearly assassinated Ronald Reagan to boycott the White House Correspondents’ dinner, is thought to be hiding underneath his bed and shushing his kids whenever the door bell rings.

A senior source said: “They mainly knock between nine and five, so there’s no chance of him opening the door then.

“If it’s late then it’s usually just Steve Bannon asking if he can borrow a shovel and can Mr Trump say that ‘the two of them have been playing chess all night’.”

Mr Trump said: “I’m not hiding from the press, I’m hiding from fake news. There is a very subtle and unprovable difference between the two.”

Cameron and Osborne 'in charge of Oscar envelopes' 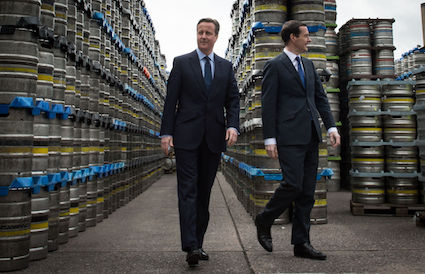 DAVID Cameron and George Osborne were in charge of putting the names of Oscar winners in the right envelopes, it has emerged.

Accountants PricewaterhouseCoopers (PwC) said they subcontracted the job to the former prime minister and chancellor, assuming ‘any child could manage this without fucking it up’.

A PwC spokesman added: “We have a long standing relationship with David and George and we always said that if they ever needed some work we would try and help them out.

“Obviously we were aware of their capacity for ineptitude, but clearly no task is too simple. Lesson learned.”

David Cameron said: “We did warn PwC that we may accidentally set the building on fire. This is an excellent result.”