Trump sacks everyone who doesn't look like a recently-reanimated corpse

DONALD Trump has fired all officials who lack the blank-eyed stare of the undead.

President Trump confirmed that he would only work with unblinking barrel-chested freaks who appeared to have just climbed from a crypt to do his bidding.

He said: “These are great people. Top people. Undead people.

“Look at their empty eyes and their heavy, limp limbs. These guys aren’t going to disobey their master.

“You tell them to hide in a bush all night beside a lonely road waiting to ambush a traveller, they’ll do it.

“You tell them to bring you a beautiful woman whose picture you’ve just pointed at in a magazine, they’ll do it.”

He added: “I’ve got this one guy, he’s called Rince Pubis or something. That’s hilarious.” 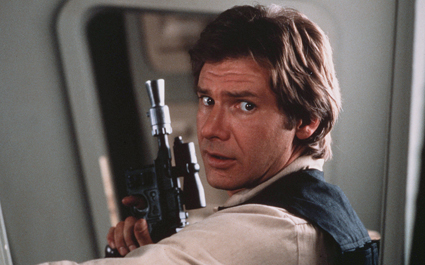 THE young Han Solo mainly smuggled fags in his ‘space van’ and sold them in pubs, the latest Star Wars film will reveal.

The forthcoming Han Solo spinoff film will show Solo starting out in smuggling by making short, uneventful journeys from Tatooine to nearby planets to buy fags and ‘retail size’ boxes of Golden Virginia rolling tobacco.

Director Chris Miller said: “Star Wars fans are used to seeing Han in space battles, but we felt they’d appreciate the realism of him schlepping back and forth from alien cash-and-carrys with the fags hidden under a tarpaulin in the back.

“Han can make two Imperial credits of clear profit on 20 space fags. That’s about £1.50, so with a whole consignment he’s looking at £300 for a couple of days’ easy work.

“If Han’s van gets pulled over by an Imperial cruiser he can expect no mercy and find himself in the space magistrate’s court facing a substantial fine.

“There’s no Luke or Leia at this stage, but we do meet Chewie when he buys a packet of menthols as Han surreptitiously sells them out of a carrier bag in Mos Eisley Cantina.

“The film ends with him putting a down payment on the Millennium Falcon. It’s a bit disappointing, but we don’t want to ‘use up’ Han Solo too quickly.”