THE United Nations has changed Britain’s status to ‘clown country’, giving us the same international standing as a backfiring toy car driven by a dog in a fireman’s helmet.

Previously regarded as a major world economy, the UK is now internationally ranked below Italy at the height of Berlusconi’s Bunga Bunga scandal.

A UN spokesman said: “Boris Johnson has forced us to conclude the UK is now a gang of big-shoed goons with painted faces who lose to kangaroos in boxing matches.

“This is not a nation one takes seriously so much as one where visitors take ringside seats with candy floss and watch as the hilarious calamity unfolds.

“We are prepared to release up to £230 million for the construction of a striped tent spanning the UK if we can secure an agreement that any buckets thrown towards the international community will contain only confetti.”

Johnson responded: “This is an outrageous accusation, ladies and gentlemen, outrageous, and I shall crack my whip at anyone who suggests otherwise.

“And now, prepare to be thrilled by the incredible Priti on trapeze!”

Consuming whatever you want secret to happy life and early death 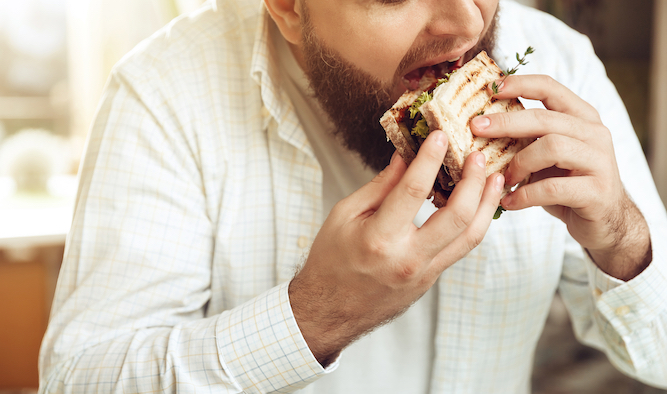 RESEARCH has confirmed that consuming whatever you like, from steak to whiskey to cigarettes, will give you a largely happy and considerably shorter life.

A major new survey by the Institute for Studies has discovered that drinking a bottle of gin a night brightens your days immeasurably while ensuring there are many fewer of them.

Dr Henry Brubaker said: “Vodka, weed or massive cream cakes; they delight while hastening decline. So now it’s what we do with that information.

“Booze and smoke away, choosing quality over quantity, or deny yourself the good stuff in a wild gamble that you’ll get the benefit and won’t be run over by a bus?

“We’re hoping these results correlate with another ongoing study which appears to show that doing whatever you like leads to low pay. But on the other hand, you get to do whatever the fuck you like.”

Martin Bishop of Hythe said: “I’ve been smashing a bottle of cheap vodka in every night for ages and it really does put a smile on my face.

“On the other hand, would I like to reach my 50th birthday? I suppose. A bit.”