US and Europe on brink of passive-aggressive letter to Putin

THE United States and Europe have warned Vladimir Putin to watch his post box for a passive-aggressive bombshell.

President Obama and European leaders revealed they had a wide range of powerful phrases at their disposal which can communicate peevishness without being overtly provocative.

A White House spokesman said: We could say something like, oh, we didnt know you were going to invade Ukraine, maybe someone forgot to tell us.

Or theres, these days we tend to do things via the United Nations – its in New York, so you probably didnt know about it.

And, of course, theres always, were not trying to tell you what to do, were just trying to help.

But that one is very aggressive so we would probably use that in the second letter if he throws the first one in the bin.

A Kremlin spokesman said: President Putin greatly enjoys receiving letters from effeminate Western men. He likes to read them out in a high-pitched voice.

This sounds like it could be a really good one.

From the Vaults…
‘I crush you’ by Vladimir Putin 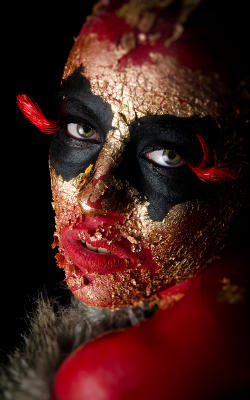 THE devil has announced a reduction in the fee paid for human souls.

An eternal soul, which used to earn diabolical powers which granted all the pleasure of the world for 24 years under terms negotiated by Faust, is now priced at £575 a year for life or a £12,400 lump sum.

Satan said: “The price of souls isn’t what it was, but thanks to affinity deals with commercial partners we can offer more than twice your soul’s cash value if you take it in Argos vouchers.”

The deal condemns the seller to an eternity of indescribable torment after death but does include a privilege card for half-price starters at Nando’s.

The devil warned that the price could fall further if life on Earth continued to spiral into worthlessness.

He continued: “There’s been a glut recently because so many software user agreements  Apple, Gmail, Spotify  actually include forfeiture of the soul in a bit nobody reads.

“0% finance and the chance to get your soul back if you paid in full within three years.

“Which I was going to do, but I spent the money on a new kitchen.”