AMERICA’S elections have entered their umpteenth day of tedious self-indulgence with some more pointless bullshit.

Today is Super Caucus Wednesday Bullshit Thing, yet another apparently vital stage in the incredibly long, complicated and weirdly sluggish race to the White House.

This new pointless mini-election will see the heavy, hat-wearing residents of some fictional-sounding US region go and vote for either Hillary Clinton, Donald Trump or The Other Ones, which will then apparently have absolutely no effect on anything.

US political commentator Norman Steele said: “There’s everything still to play for, mainly because nothing has really happened despite this nonsense dragging on for months.

“Donald Trump is a mental, horrible jowly bastard and Hillary Clinton looks a bit stern, although you can’t blame her because her husband’s such a rascal. There’s another one called Ted who possibly used to play the character Des Clarke in Neighbours.

“That’s all I know and it’s all anyone knows, to be honest.” 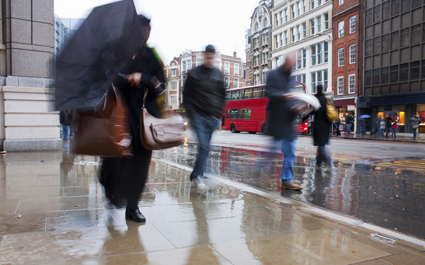 BRITAIN’S warmest winter on record has still been a nightmare of rain and darkness, it has been confirmed.

Temperatures for winter 2015/16 are expected to be the highest since records began, although that is not saying much.

Professor Henry Brubaker of the Institute for Studies said: “It’s still been cold enough to make getting up in the morning horrible, but without the consolation of a bright, frosty morning.

“Every day has been either grey with rain or grey without rain, apart from the last two weeks in December when there was a series of enormous storms which downed power lines and destroyed the travel infrastructure.”

Teacher Mary Fisher said: “My kids were hoping for a ‘snow day’ where they got to sledge down crisp white hills.

“The nearest they got was a ‘flood day’ spent floating around the living room on a tray trying to save the guinea pig from drowning.”