US flag changed to orange, purple and white to match Trump’s face

The red stripes will be replaced by a shade called atomic tangerine, the white stripes slightly altered to be the pallid, unhealthy colour of a 70-year-old’s wrinkled eyes, and the stars set in a field of thistle purple.

Ivanka Trump, the president’s official handler and pharmacist, said: “The old design was fine for presidents who didn’t have their own real estate, clothing and lifestyle brands, but that’s not Trump.

“We wanted something that said luxury, that said exclusive, that would encourage other nations to aspire to the standard we set, and what better than my father’s varicoloured face?

“Now, whenever anyone swears allegiance to the flag they also swear allegiance to Trump, Trump Hotels, Trump Golf, Trump Casinos, the Success by Trump fragrance and Trump Model Management.”

Ivanka added: “We considered gold and inlaid Italian marble obviously, but we’re reserving those for our makeover of the military.”

Trump confirms this is going to be completely f**king insane 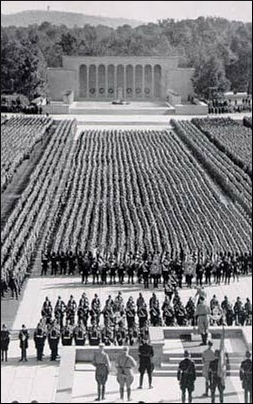 DONALD Trump has confirmed that the next four years are going to be as fucked up as his campaign.

After being sworn in as the Republic candidate for 2020, a furious, foaming Trump told a rally in Washington that he is going to do a series of things that cannot possibly happen.

Waving his weird, tiny hands as if he was controlled by a slightly drunk puppeteer, Candidate Trump said: “I hate America. It’s a really, really bad place.

He added: “If anyone tries to stop me, I know you, the great multi-coloured American people, will want me to have them killed in a really spectacular fashion. It will be so amazing.”

After speaking for almost 28 times longer than his normal attention span, Trump declared: “I am bored of talking to you now and I really need to urinate.”