POLICE in Bristol have tasered the founder of their own race relations group after he suggested they treat black people with respect.

64-year-old Nathan Muir, who was invited to Bristol police station to speak about improving relationships with the black community, was brought down after officers judged his words presented a clear danger to their working practices.

PC Carolyn Ryan said: “Something about him, I can’t put my finger on what, alerted me immediately so I monitored him for the safety of the community.

“And when he began telling us to curtail racial profiling and not jump to conclusions based on skin colour I knew immediately this was an attack on the institution of the police that put us at real risk. Especially Dean, who’s prejudiced.

“I dived, rolled, came up with the taser and brought him down immediately, making sure his inflammatory words couldn’t hurt anyone else.

“I didn’t think about the danger that I myself might have to retire on ill health grounds aged just 35 with a full pension. My training just kicked in.” 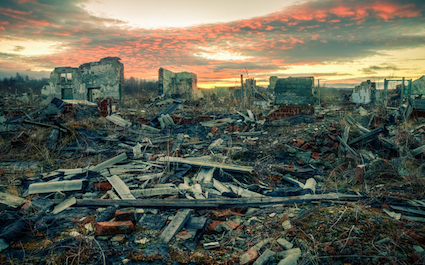 THE final footage for a grainy, event-packed pre-apocalypse montage will be filmed at the Capitol in Washington DC at 5pm today.

Set to a cover version of Tom Waits’s Earth Died Screaming, the accelerating montage will include news items on the melting of Antarctica, advances in artificial intelligence and the antibiotics crisis before cutting to Donald Trump’s inauguration.

The montage will then slow to normal speed for the swearing-in, and immediately following Trump’s words “and will to the best of my ability preserve, protect and defend the Constitution of the United States” will dramatically cut to black.

The screen will then display the title card “TWELVE YEARS LATER” before the opening credits play over a slow panning shot across a devastated landscape in which nothing is left alive.