THE Vatican has maintained its recent trend of choosing Popes who were adjacent to fascism.

The church said Argentinean Cardinal Jorge Mario Bergoglio represented a natural progression from Benedict XVI as he had established a working relationship with extreme right-wingers as a fully grown adult.

A Vatican spokesman said: “John Paul II never stopped going on about how he fought against the Nazis in Poland. It got very boring and so when he finally died we decided to go with someone who had seen fascism from the other side.

“That worked out pretty well. Benedict was a lovely old Pope who let us get away with murder.

“Therefore, when he decided he wanted to do more crosswords, we started looking through the CVs for any hint of fascism. And obviously your elderly Argentineans are right up there.

“Not only did Argentina have its own fascist regime, they also harboured a shitload of Nazis. It really is the next best thing to having another ancient, shifty-looking German.

“And the great thing about this Pope is that he’s even more Catholic than the last one. Things are about to get very 15th Century around here. We’re all terribly excited.”

Meanwhile Pope Francis, the first Argentinean Jesuit elected to the Papacy, confirmed that ‘English sinners’ were at the ‘top of his list’.

Speaking from the balcony of the Vatican, he blessed the crowds in St Peter’s Square before cracking his knuckles and giving the English ‘a two day head start’.

He said: “I am coming for you and I don’t do forgiveness.”

The Vatican spokesman added: “We’re always amazed when people act surprised at the closeness of fascism and the Catholic Church. It’s as if they’re not paying attention.” 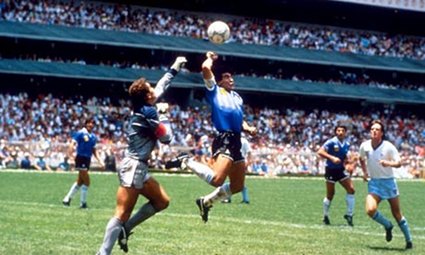 FORMER England goalkeeper Peter Shilton has converted to buddhism after the election of an Argentinean Pope.

Shilton renounced Christianity as ‘a cruel sham which rewards the wicked’ and said his life must now be a quest for peace and self-knowledge.

He added: “I  was going to become an atheist but I had a chat with Richard Dawkins and he said that football was just another form of religion used to distract and manipulate the bovine masses and that it was largely my fault.