WORLD War Three has arrived just when you were busy with your pathetic little Twitter argument and fitness plan, it has confirmed.

Russia has invaded Ukraine, sparking a conflict in which the EU, USA and China will inevitably take sides, at the very moment you were wondering whether to get a garden hammock for summer.

Nathan Muir of Hitchin said: “Aw, f**k. And I was just about to get into artisanal rums.

“I thought I’d at least have time to launch my own YouTube channel before ordinary life as I knew it was blown to shreds never to return by harsh geopolitical realities.

“I guess there won’t be time to whinge on Reddit about PS5 games not running at 60fps when my kids are being drafted, petrol’s rationed and I’m boarding up the windows before the hypersonic missiles arrive. Shame. That was how I was spending tonight.”

Grace Wood-Morris, 22, agreed: “This is horribly inconvenient. I haven’t even had my nails done, and suddenly none of that shit matters and half my generation won’t survive the next decade. Downer.

“First Covid, now this? It’s almost like I lived in a world of illusions that are being ripped away and the next 25 years will be one long, painful lesson in brutal reality.

“Whatever. Teen Mom: Family Reunion’s on MTV tonight. I’m going to watch that.”

Selfish twat's thoughts and prayers are with petrol prices 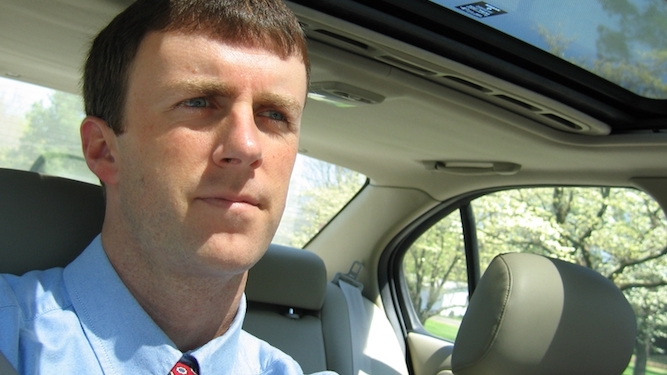 WITH Russia launching a full-scale invasion of Ukraine, a selfish idiot has paused to think of the fuel prices.

Instead of offering his condolences to the innocent people of Ukraine as Russian troops roll across the border, self-centred dickhead Wayne Hayes has taken a moment to express his sympathies for the cost of petrol.

Looking wistfully out of the window, he said: “God, it’s so tragic. What did those fuel prices ever do to Russia? Putin’s really misjudged this one.

“Failing to recognise the existence of Ukraine is one thing, but if the cost of doing the school run gets any higher then Russia deserves the harshest condemnation from the West. If that means nukes, then so be it.

“I’ll probably pop down to the nearest petrol station later and lay some flowers out of respect. I need to fill up the tank anyway and they sell bouquets by the front door so it’s hardly an imposition. Plus I can grab a Twix at the same time.

“Then I’ll chuck a filter of Ukraine’s flag over my social media profile pictures, fire off a vague but concerned status, and instantly forget about the whole thing. It’s how we do things in this country.”