BLONDE men have been officially advised not to experiment with facial hair for the safety and happiness of those who must look at them.

The men, who insist on attempting moustaches that may or may not be there even on close scrutiny, have admitted that the advice is probably a blessing in disguise.

Stephen Malley of Hereford said: “I grew a beard. My girlfriend made me shave it. She said she kept feeling like my face wasn’t in focus.

“It’s alright for those blokes where it comes in a shade or two darker and can finally bring some definition to their pale, nigh featureless heads, but what about me? I just look fuzzy and vaguely amorphous.

“I grew a beard last year, and it was six weeks before anyone at work noticed. Jenny in reception stroked my face, marvelling that she could feel the hair even though it was invisible. It’s humiliating.”

Marketing manager Joe Turner agreed: “They don’t have to tell me not to. My beard comes in ginger.” 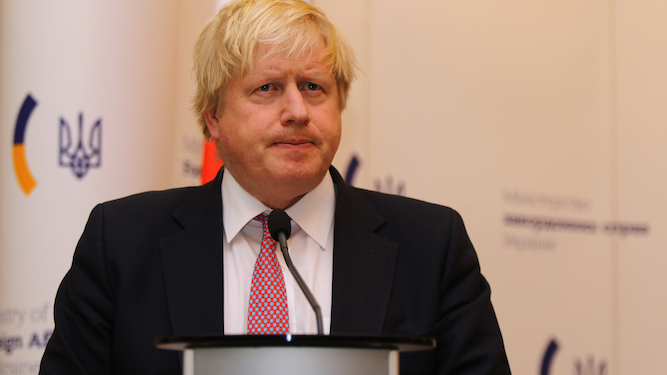 TORY leadership candiate Boris Johnson is a powerful reminder that when it comes down to it humans are just overgrown sperm, scientists have confirmed.

The former Mayor of London and foreign secretaryhas a look and manner so close to a shuffling column of ejaculate that it is impossible, after contemplating him, to regard humanity as anything else.

“I suppose we all know how humans are made and where we come from, but once in a generation somebody appears who really drives it home.

“Boris is essentially the ‘missing link’ between our idealised ideas about what homo erectus can aspire to and a stained, stiff sock under a teenage boy’s bed.

“It’s impossible to look at him without being reminded of the ignominy of our being and for that, the scientific community is thankful.”