Couple who don't own screwdriver want to buy chateau in France

A COUPLE who can barely put up a shelf have decided they want to buy a tumbledown chateau in rural France.

Emma Logan and her husband Tom believe selling their warm and comfortable home in Luton to purchase a wreck with no electricity or running water is a sensible plan.

Emma Logan said: “They’re really cheap – I mean, look at this one here for €250k – and how much can a new roof cost, really? Do we need four entire walls? It’s always lovely weather in France, I’ve seen it on A Year in Provence.

“We’ve got renovation experience because we put together a Billy bookcase last year, and I do actually have a great little screwdriver somewhere that I got in a Christmas cracker.

“We’ve been on the verge of breaking up a few times in England, but I’m sure once we’re in an isolated building in France those problems will just go away. And we don’t speak French, but French people don’t mind that, do they?”

Pink football boots and four other reasons 'the game's gone' 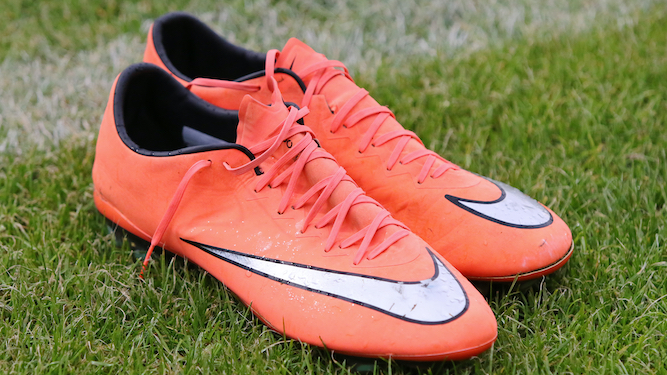 THE Premier League is beset by issues like goals disallowed because two millimetres of a striker’s soul has strayed offside. But it happened way before VAR – here’s how:

In the old days, footballers sported ink more in keeping with a prison yard than the premiership. Now a sleeve tattoo comes fitted as standard with your Premier League debut. And don’t get us started on Louis Vuitton wash bags.

Scoring a goal used to be a subdued affair: a quick handshake with your teammates, a pat on the back if you’re feeling extravagant, nothing gay. But putting your side 1-0 up now leads to an embarrassing choreographed dance routine. Bundling in a corner from a yard out does not require a backflip.

In simpler times, the only chance to interact with a footballer was visiting the pub they bought after retiring injured aged 27. In the era of social media, our footballing heroes are never more than an abusive comment on Instagram away. The world doesn’t need a post calling a drab 0-0 away at Burnley a ‘well-earned point’.

These days, the kind of colourful boots that used to make you the target for a good kicking in any Sunday League fixture are all the rage. The new boots look like they’re made of cobwebs, candy floss and sunshine and yet managers are still shocked when the players who wear them get routinely injured.

In the world of full kit wankers it can be hard to support your local team because no-one wants to be a walking advertisement for Flamingo Land. Bring back the days when kids went to school with McEwans Lager emblazoned on their chests.