Four gifts that say 'I don't give a sh*t'

ARE you planning to give presents that clearly required no thought or effort to people you don’t really care about? Try these:

For example, a pocket-sized set of cards entitled ‘Professor Puzzler’s Ultimate Cocktail Quiz’. Clearly you do not give a bugger whether the game is ever played and were already at the tills and unwilling to spend more than two quid.

Film that everyone has seen
Nothing says ‘this is a token gesture’ like a DVD of a film the recipient is 99.99 per cent to have seen. Introduce them to neglected cinematic classics like The Shawshank Redemption, Die Hard 3 or Four Weddings and a Funeral.

Inflatable travel pillow
Or indeed anything mildly useful but is incredibly dull. Other grimly tedious gift ideas include gardening gloves, a set of coasters, an egg-poaching device, a small corkboard or, to really show your indifference, a hand-turned wooden shoehorn.

Tiny amount of alcohol with a glass
All supermarkets sell gift sets of a miniature and a glass with the logo on. These provide an unsatisfying hit of two units of alcohol and imply the recipient has a frankly weird loyalty to Harveys Bristol Cream.

Five ways to pretend you're not skint at Christmas 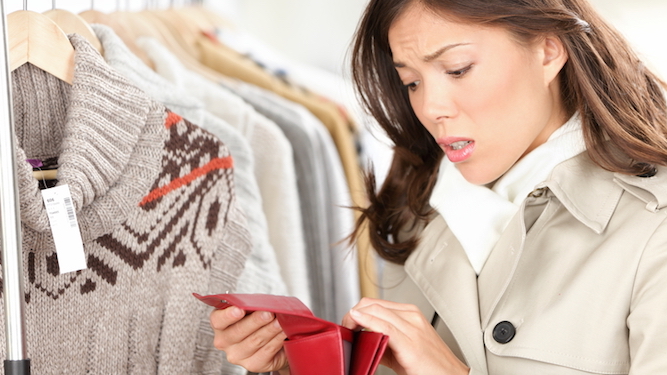 CHRISTMAS isn’t merry if you haven’t even got sixpence to put in the Christmas pudding. Here’s how to get by if you’re brassic this festive season.

Get a cheap Santa suit off Amazon. And wear it every day instead of buying new party clothes. You’ll start to smell a bit but the stomach padding is handy for hiding a bottle of cooking sherry if you can’t afford to buy drinks in the pub.

Make all your own presents. Use things you have lying around the house – just like Kirstie Allsopp on Kirstie’s Homemade Christmas. It’s no big deal if your niece wonders why her new dolly looks like a used toilet brush. You gave it a rinse.

Nick stuff from the supermarket food bank collection. It’s not really stealing because it’s been paid for, just not by you.

Claim you’re being environmentally friendly. You have no decorations because it’s minimalist and green. Your bare tree reduces plastic waste and can double as a vegan Christmas dinner – some grated bark will be about as delicious as the average nut roast.

Pretend Nigella’s Christmas is yours. Sit really close to the TV when Nigella or Jamie Oliver are on and imagine their sumptuous Christmas is actually yours. Complete the illusion by saying things like “Glad you could pop over, Nigella” as you eat your Super Noodles.