A WOMAN’S decision to attend a house party has provided watertight evidence as to why she should only ever drink alone.

Helen Archer had been persuaded into attending the gathering, having forgotten over the course of the pandemic that something described as ‘a fun piss-up with cool people’ is always uniformly shit.

Archer said: “I walked in on a desperate scene. My brain didn’t want to accept that the whole thing would just be these nine people sat in a circle in the living room with the big light on.

“I ended up cornered by this smug man who wanked on for ages about how he loves getting his milk delivered to the door in glass bottles. I was swigging neat vodka, but, somehow, he kept me deadly sober.

“What eventually saved me was intercepting an absolutely plastered woman going to the toilet to be sick. She told me she was fine but I insisted on going with her and locked us in the bathroom for an hour.

“Everyone acted like I was a saint, but they hadn’t clocked the host’s boyfriend getting out his guitar. Holding this random girl’s hair back was my only ticket out of there.

“From now on I’ll be drinking by myself, in the dark, in total silence. And it will be bliss.”

Woman unsure if sex drive is diminishing through age or husband 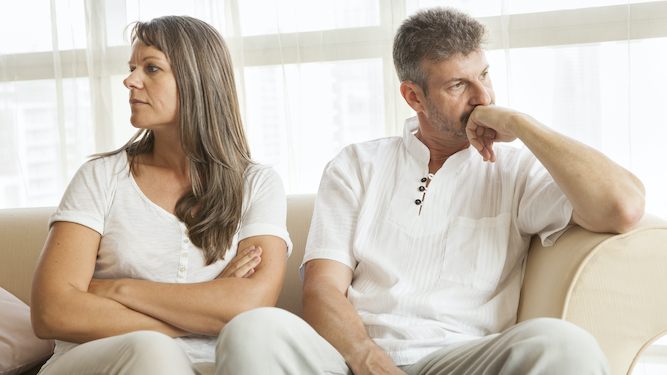 A WOMAN is unsure whether her sex drive is decreasing due to her advancing years or due to her husband being a bellend.

Having grown concerned that her near non-existent interest in sexual intercourse was due to reaching middle age, Nikki Hollis began to suspect that it was actually caused by her husband Martin being repellent.

Hollis said: “I’ve heard that your sexual appetites change as you get older, but I think this has more to do with Martin having a mid-life crisis and buying a leather flight jacket. He doesn’t look like Brad Pitt in Fight Club, he looks like Jeremy Clarkson. Or Fonzie.

“I recently went to the doctor to see whether it could be a menopausal thing, and she initially said it was likely. But then she caught sight of Martin in the waiting room and said maybe there were ‘complicating factors’.

“Why should my body get all hot and bothered in anticipation of three to four minutes of perfunctory sex with a man who gave up looking for my clitoris in 2003? Thank Christ for vibrators and Outlander, that’s all I’ll say.”

Martin Hollis said: “I can only presume she is so sexually gratified from our thrice annual love-making sessions that all her needs are catered for.”