FAN of a Premier League giant? If so then you need to be very annoying about it in these specific ways.

Bang on about your ‘history’

Your team has some old silverware in a trophy cabinet which means they have a right to be successful now. That’s how sport works. Just never let on that you’ve watched some of those famous triumphs from the 70s on YouTube and were bored to tears by the shocking standard of football on display.

Your team is simply too good to lose. Could a club with Salah or Foden or Pogba or Kane get beaten fairly? Not likely. On the rare occasion you don’t win, blame the opposition’s negative tactics, the ref, VAR or all three. If you’ve clearly been outplayed, just bore on about ‘expected goals’ or ‘transfer net spend’ until whoever you’re talking to wanders off.

It’s hard to attend Man Utd games from your home in Surrey. So when you do go, document every single moment for posterity. Arrive at the ground three hours before kick off and take photos of every aisle in the club shop, the turnstiles, your poor view of the pitch, and even the limp £10 hot dog you bought in the stand.

Whether owned by loveable Russian oligarchs or loveable Sheikhs from questionable regimes, it’s likely your team have a few quid to spend. Just ignore the complaints of smaller clubs about this clear financial doping. It’s not your fault Bury or Macclesfield are skint, and at least they don’t have to watch a striker who cost £80 million struggle to score.

If your team is having a bad season by finishing third instead of top, you can always luxuriate in the past. Arsenal have Arsene Wenger, who revolutionised the modern game by suggesting his squad don’t get pissed all the time. Man Utd have Fergie’s reign of terror and the success that brought. Even Chelsea have Mourinho. The first stint obviously. Not when he went mad and got sacked. 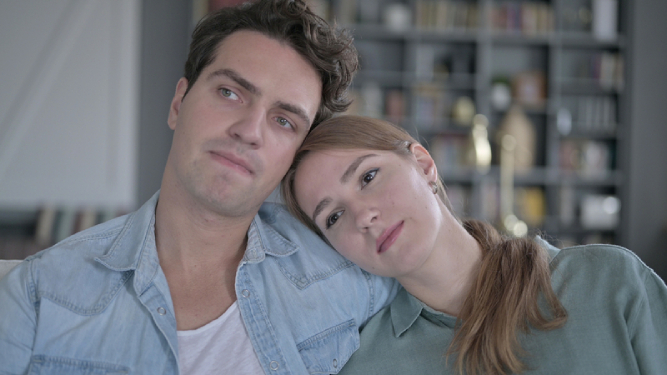 A COUPLE with a huge mortgage have realised their parents will not pass on their inheritance money before they have paid it off themselves.

Homeowners Joshua Hudson and Emma Bradford signed up to the 25-year mortgage under the impression that at least one of them would be orphaned and filthy rich before the distant settlement date.

Hudson said: “Emma’s parents seemed ancient 10 years ago, so I was convinced it wouldn’t be long until they gave us a tidy sum. But if anything they seem fitter than ever.

“They’re siting on a fortune they don’t need anymore, meanwhile we can’t spunk their cash on new cars and foreign holidays. It’s so unfair, selfish even.”

Bradford added: “Tom’s dad died before we met, which is very sad, but at least it seemed to improve the odds in our favour. We only had kids because we thought we’d have inherited his mum’s enormous house by now.

“At this rate we’ll be lucky to pay off our home before we retire. I just hope our children don’t grow up thinking of us as cash cows who should hurry up and die so they can get a windfall. That would be horrible.”