Is the world out to get you or are you just an arsehole? Take our quiz

LIFE not going your way? Unsure if it’s due to some cosmic conspiracy or because you’re a complete arsehole? Find out with our quiz.

Nobody came to your birthday party, what gives?

A. There’s a global pandemic, so meeting up for a drink is difficult right now. Or is that just a convenient excuse? We could have had a weird Zoom chat.
B. They were probably just scared that my merciless banter and hazardous levels of alcohol consumption would make them look like complete squares.

People openly bitch about you, why’s that?

A. There just must be something about me that says ‘easy target’. That’s the only reason I can think of for friends, family and total strangers taking the piss out of me.
B. It’s cowardly payback for all the times I’ve treated people like shit. It’s not my fault they’re so sensitive.

Why were you fired from your job?

A. My manager was threatened by my competence and high achievement, so they got rid of me in a callous but professional way like a mafia boss.
B. My manager didn’t like me rolling into work late every day and slagging them off to their face. At least now I’m free to pursue my dream job: working in telesales.

How come your partner left you?

A. The random forces of the universe inserted an attractive and compatible person into our social group. How could I possibly resist shagging them? It was serendipity.
B. They walked in on me sleeping with one of our mates. I invited them to join in, but there’s no pleasing some people.

Mostly As: It definitely sounds like the world has got it in for you. Or perhaps you’re just an arsehole with an awful lot of excuses.

Mostly Bs: You’re a cast-iron arsehole, which means you’re more than capable of handling whatever people throw at you. And they’re going to throw a lot of things at you. Because you’re an arsehole.

How are they going to bollocks up the new Frasier? 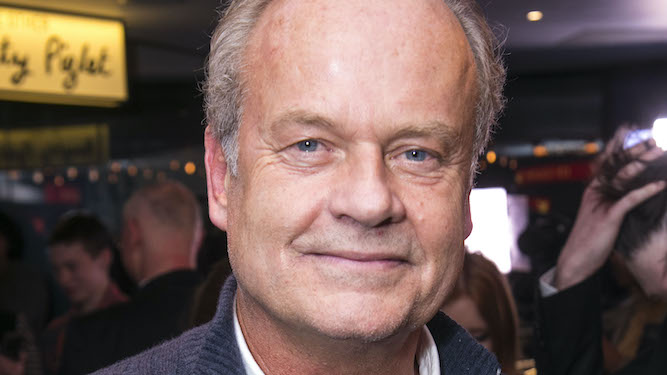 KELSEY Grammer’s Frasier reboot is almost guaranteed to end up ruining his own legacy. Here’s how it will be totally ballsed up.

Most remakes have an air of tragedy about them as you realise the original cast have all either aged terribly or died. What’s even worse is when a remake fails to secure all surviving cast members and recasts new actors in old roles. Eddie Redmayne playing Niles Crane, anyone?

The small, seemingly freakishly intelligent terrier owned by Frasier’s father added an extra layer to the show. Unfortunately, in what will come as no surprise to anyone with a grasp of the lifespan of dogs, the original dog who played Eddie Crane is dead. If they try to crowbar in some new show business hound it will just look desperate.

Pretty much every remake falls into the trap of being annoyingly self-referential. Making callbacks to previous storylines is all well and good, but it’s a fine line before the show just becomes a boring exercise in asking the audience whether it remembers a thing they’ve seen before.

One of the most guaranteed ways of bollocksing up a remake is by actually going ahead with it, despite its announcement being met with universal concern and there being no previous examples of shows being successfully resurrected nearly 20 years after finishing.