'It's a die, not a dice' says Games Workshop's resident babe magnet 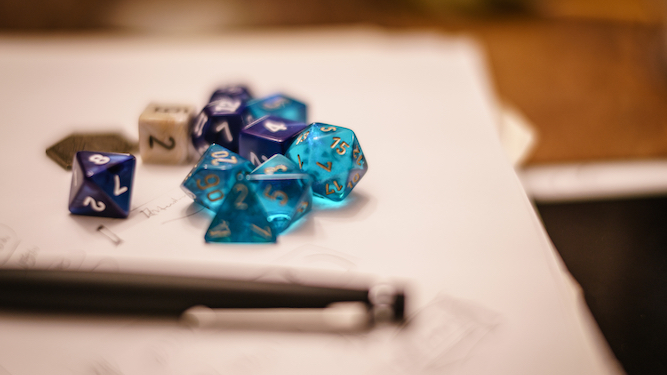 THE resident Romeo in Games Workshop has informed a hapless idiot of the difference between a die and some dice.

Nathan Muir, in-house heart-throb in the Truro branch of the wargaming and minatures specialist, updated hapless gamer Joseph Turner that die is the singular form and dice the plural in front of three giggling teen girls.

Turner said: “I knew the second the words left my mouth I was going to regret it. You can’t get away with that kind of error in front of Nath and his little harem.

“I’d gone to loads of trouble painting that Lascannon Devastator squad in the hope I was going to get some action this week. But they’re all under his spell. It’s not fair. Why does he need all of them?”

Muir said: “A man’s worth in the sexy soup of hormones and physical attraction that is Games Workshop is determined by two things: the quality of his dry brushing and whether or not he knows die is the singular form of dice.

“If he wants to be a silver-tongued alpha male like I am, with a swarm of combat-ready Tyranids and a host of hot young ladies in the palm of his hand, then Turner needs to learn the rules.”

Donna Sheridan, Muir’s current favourite, agreed: “If he can’t tell the difference between die and dice, how can he be expected to satisfy a woman’s needs? He’s no better than a Magic: The Gathering player.” 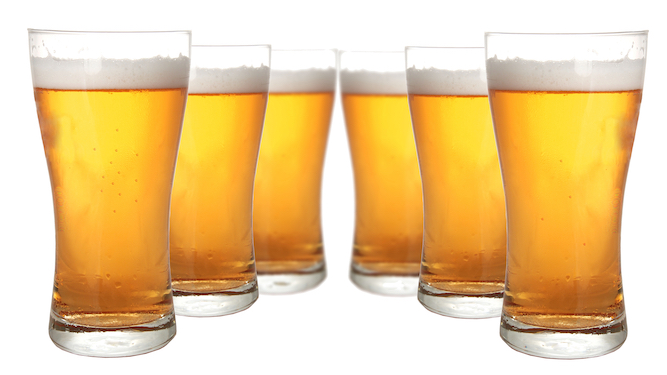 A MAN has startled colleagues by stating the exact amount of alcohol he intends to drink on a putative night out.

Bill McKay of Bolton dispensed with the usual understated euphenism of ‘a pint’ and instead proposed an evening that would involve the downing of a gallon and a half of lager between them over the course of four hours.

He said: “I think it’s about time we faced reality as a country, especially in our current fraught times. We need to reintroduce honesty back into the discourse.

“I’m not going to stop at one. I’m not going to be on the train back home at half six. This isn’t a ‘cheeky’ half. ‘Cheeky’ isn’t enough. What I have in mind is outright insolence.

“We will not be drinking a pint, singular, any more than we will be stopping off at the chippy en route home and eating a chip, singular.

“We will first drink three pints. Then, noting that it is only 8.40pm and we are going strong, opt for a fourth. Heroically, we will then dare to suggest a fifth. Finally, just before closing time, and in the interest of even numbers, we will go for a sixth.

“This isn’t bravado. I’m telling it like it is. Let us at last declare our alcohol consumption to be foolhardy, enormous and thoroughly enjoyable.”