It's not 'treating yourself' if you do it all the time, say experts

Research by the Institute for Studies found that most Britons were confused by the concept of ‘treats’, with some treating themselves eight times a day or more.

Professor Henry Brubaker explained: “A takeaway once a week is a treat. A takeaway 14 times a week isn’t a treat, it’s being a fat bastard.

“Drinkers were the most confused, saying things like ‘I think I’ll treat myself to a glass of wine’. Frequently this would be followed by at least two more similar ‘treats’.

“Most treats were not a reward for anything. One woman constantly ‘treated’ herself to new tops for no particular reason, which means she was rewarding herself for merely existing.”

Study participant Eleanor Shaw gave a distressing account of how excessively treating herself caused her to lose her ability to enjoy cupcakes.

She said: “I’d treat myself to cupcakes at work for doing something demanding like turning my computer on. Once you add in all the other treats like new earrings I was on about 90 treats a week.

“Now cupcakes do nothing for me and if I want to treat myself I have to get an extra-large doner kebab, which is difficult to eat when you’re on the phone.” 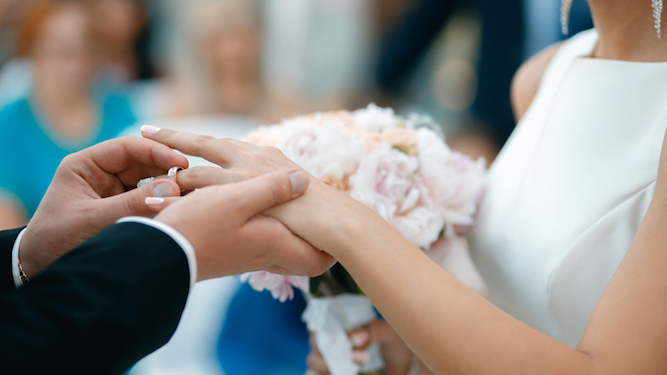 A COUPLE have decided to be brutally honest about not wanting a load of little bastards at their wedding.

Nikki Hollis and Tom Booker had originally planned to word the invitation in a devious way so that ‘no children’ sounded like a lovely break from the responsibilities of parenting.

Hollis said: “On reflection this was a transparent lie, so we decided not to insult our friends’ intelligence as well as telling them not to bring their shrieking, snivelling spawn.

“We were going to imply it was a chance for all us old friends to chill out, but we thought, no, we just don’t want kids running round the reception until they injure themselves like the little twats they are.”

Friend Donna Sheridan said: “I’m actually quite offended because Jasper is perfectly behaved. Apart from the biting. And the way he likes shouting ‘Fannies!’ just because he knows I hate it.

“Now I’ve got to find a babysitter when I was thinking the other guests would basically provide free childcare while I got pissed. It’s so inconsiderate.”