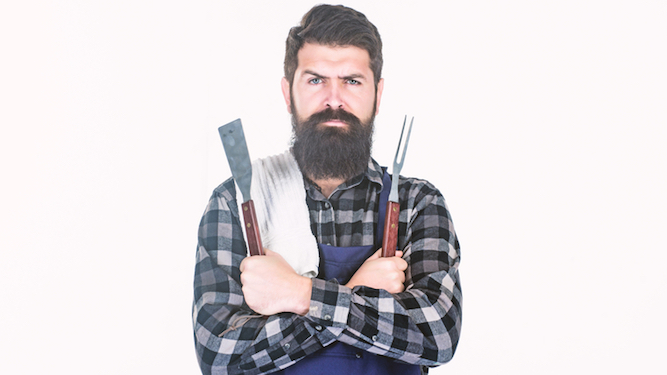 A MAN without much personality has decided to compensate by constantly telling people how into meat he is.

Bishop said: “I love meat. Big thick juicy steaks, a leg of lamb roasting in the oven. There’s just no substitute if you want to be manly but think riding a motorbike is too dangerous.

“Sure I talk about it a lot, but what’s wrong with that? There’s no way people could get bored with interminable conversations about meat when they’re not actually eating it or trying to get on with some work.

“I’m thinking of buying a whole pig and roasting it in a fire pit. No, please don’t put your headphones in. This interesting. And manly.”

Bishop believes women are particularly impressed by his meat consumption, at one point having a 15-minute conversation with co-worker Donna Sheridan about chicken drumsticks.

She said: “Martin thinks banging on about meat makes him into some sort of sexually irresistible tough guy. But I don’t think I’ll sleep with him now that he’s going to have a heart attack.”