Party's over, the last jammy bastards on furlough told

THE last few cheeky gits on furlough have been told to straighten up and get back to bloody work like the rest of us.

After a year and a half of being bankrolled, the government has ordered freeloading employees still on furlough to get off their arses, put on some proper clothes and start toiling again.

Rishi Sunak said: “Remember work? That boring thing you did before you gawped at Netflix for months on end? Yeah, it’s time to do that again. Now.

“I know the comedown from your massive break will be hard, but once you get back to mindless labour it’ll be like you never left. That’s if you’ve got a job to go back to.

“If you’re poor and at a loose end, we need lots of HGV drivers. The hours are long but the pay is shit, so hose the Dorito crumbs off your body and fire off an application. My money tap is off.”

Furloughed worker Donna Sheridan said: “Oh yeah, scraping out an existence on 80 per cent of my regular income was a wild ride. I can’t wait to get back to the office and find out that I’ve been made redundant.”

Local man succeeds in getting on news 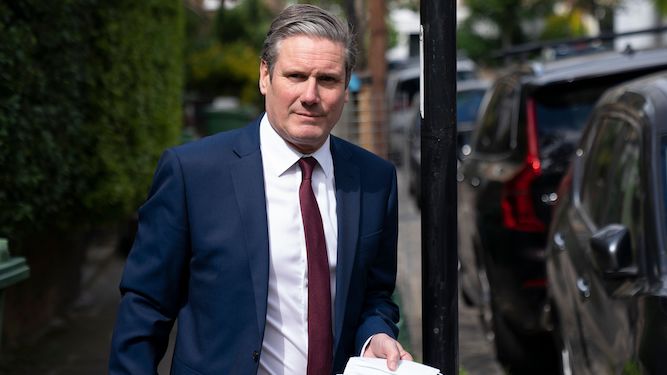 AN unexceptional local man has finally achieved his ambition of appearing on a national news programme.

Keir Starmer, a solicitor, has long harboured a dream of being on all Britain’s national news bulletins for his achievements, and has tried various madcap methods of doing it.

He said: “Viewers of ITV News Tyne Tees might remember me as the guy who sued Asda’s cafe for not serving Marmite on toast.

“I’ve appeared on Anglia for doing neighbourhood watch with a drone, on Wales at Six trying to surf across Pontcysyllte Aqueduct, and on Granada Reports because a sinkhole opened in my garden.

“But I’ve never managed to make the national news, so I decided to play the long game. An allotment gardener I used to know, bit of a rival, was always on there and it wasn’t just for the size of his marrows.

“So I decided ‘if it’s good enough for him’ and followed him into the leadership of this political thing, the Labour Party. Unfortunately nobody noticed at first because of the pandemic, but I did my big speech and I’ve made it! Top of the news, Ma!”

He added: “Look out for me on STV News next week. I’m going across Nevis Gorge on a tightrope. Unless it’s windy.”