Perving over your neighbours, and other reasons to be a creep with a ring camera

GOT a camera on your doorbell that you claim is for security reasons? Here’s what you really use it for.

Spying on your neighbours

In the old days you had to twitch your curtains to be the local Stasi, and your attractive young neighbour might see you too. Now you can watch her every move and she won’t suspect a thing until you accidentally upload a video to Facebook of her bending over to get the shopping out of the car.

Are you nursing secret lust for the UPS man because he wears cute little shorts when he brings his ‘package’ to your door? Or maybe you have a fetish for chicks with charity bags? Your ring camera will broadcast them to your smartphone and you can either rub one out immediately or save the footage for later. Ah, the wonders of technology.

Keeping note of where the neighbourhood’s dogs shit

It’s easier to keep tabs on where the neighbours’ pooches shit and put a furious note through their letterbox, even if it was obviously accidental when they didn’t clean it up that one time. Your pissed-off neighbours might specifically train their dogs to crap in your lavender bushes, but that’s just more viewing for you.

Getting furious about ‘your’ parking space

You have a drive and do not own the car-length patch of tarmac immediately outside your house, but you lose your shit if someone dares to park on it. Now you can keep constant watch for anyone who looks as if they might try and sprint outside with a traffic cone like a madman.

Watching for when the police arrive

At some stage your neighbours will have had enough of your creepy, voyeuristic behaviour and report you to the police. Luckily you have a ring camera to enable you watch them approach in real-time, so you can attempt to escape over the back garden fence. 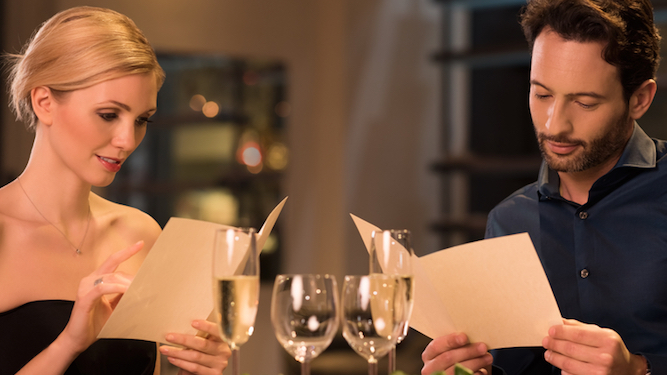 A COUPLE are celebrating a magical decade of him having far more affection for her than she does for him, and her being substantially out of his league.

Tom Logan has had a relative surplus of love during his 10 years of marriage to wife Clare, who likes him ’quite a bit’ and has flatteringly described him to friends as ‘a safe bet’.

Logan said: “It’s so nice to have a night to ourselves so I can celebrate my undying love and she can celebrate finding a friend she finds it tolerable to meet her basic sexual needs with.

“I can gaze at her for hours, like I was doing just now. Okay, she was texting other people, probably male acquaintances I haven’t met, but my brain is so addled I totally trust her. She’s just not capable of doing anything bad.

“Relationships don’t get much better than this, except if she reluctantly agrees to keep me on for another 10 years of acceptable company. I feel sorry for people who’ve never meet that special person who takes pity on them like this.”

Clare Logan, who rarely uses her married name, said: “Tom’s a nice enough guy and he’s good with kids, pets and the hoover. You’ve got to listen to your heart when it says ‘You can get used to anything’.

“To be honest, I didn’t realise he was in love with me until tonight. I feel kind of bad now. Right, what shall I have for the main course?”