BRITONS who have fled to their second homes have confessed they had no idea that the locals they saw there were actual existing people.

Joseph Turner, who left London with his family for their place in Weymouth because they wanted a nicer backdrop to really enjoy their lockdown, admitted they thought residents were just extras employed to make the area more charming.

He continued: “So they live here? But how can they afford it?

“I thought all the born-and-bred folk had been priced out long ago, and had been forced to move to a new-build estate somewhere ugly next to an Aldi.

“The locals I see cycling the lanes past the house, propping up the bar in the pub and selling me fresh fish I assumed were shipped in for weekends to provide that delightfully authentic touch.

“But now apparently they ‘live here’ and we ‘shouldn’t be putting pressure on local hospitals’ when I didn’t even know there were hospitals. Do people really go to doctors in this backwater? It’s like something from a Thomas Hardy novel.

“I hope they don’t get ill. We’ve only had half the walled garden planted so it would be massively inconvenient.” 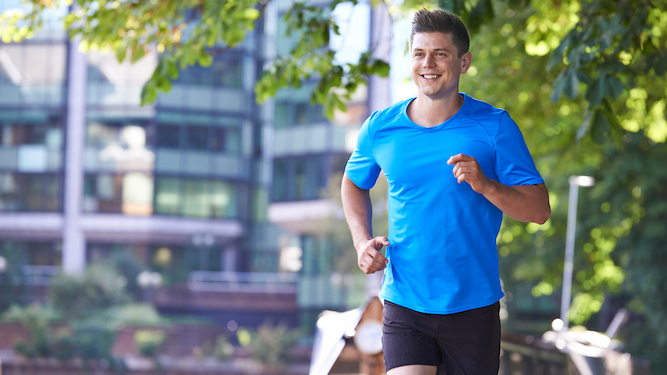 MAINTAINING a distance of two metres from other people applies to everyone except joggers, joggers have agreed.

People who run right in the middle of paths are allowing themselves to pass right by pedestrians rather than run the very real risk of momentarily losing pace.

Julian Cook said: “I’m exercising, so I’ve got priority. Now more than ever.

“If you and your family or dog or whatever don’t look around to see a runner coming and immediately jump out of the way, as you would with an oncoming train, that’s your lookout.

“I know I could just ask you to move, but passing you in a wheezing, spluttering cloud of possible COVID-19 will give your trip out that frisson of excitement you’re probably missing.

“We’re doing you a favour, if anything. If you get the virus because joggers have flouted government advice, you’re going to make a valuable contribution to herd immunity.

“And if not, your sacrifice was to maintain my fitness levels and possibly set a new personal best. So it won’t be in vain.”