A SINGLE man is considering getting a third piece of furniture to go with his television and armchair.

Nathan Muir, aged 28, has been living in his flat for eight months and believes that, despite the expense, it may be worth investing in an occasional table to rest his beers on.

He said: “I don’t like a lot of clutter. But this tower of Blu-Rays I’ve been using for five months has toppled three times, and I’m running out of Fabreze for the carpet.

“It might interrupt the clean minimalism of the flat’s layout, but when I said that to my mate Jordan he said that the piles of magazines and shit already did that so I needn’t worry.

“I don’t need a proper table because I eat leaning on the kitchen counter and I don’t need any other chairs because Jordan’s fine on the floor, so that’ll be it.

“The only problem is I’ve no idea where to get one. I’ll ask Kev at the mini-market.”

Muir added: “I’m not going fancy or anything. I still don’t see why when you’ve got a mattress you need a bed.”

Have you got enough crap on your hands to use a McDonalds touch screen? 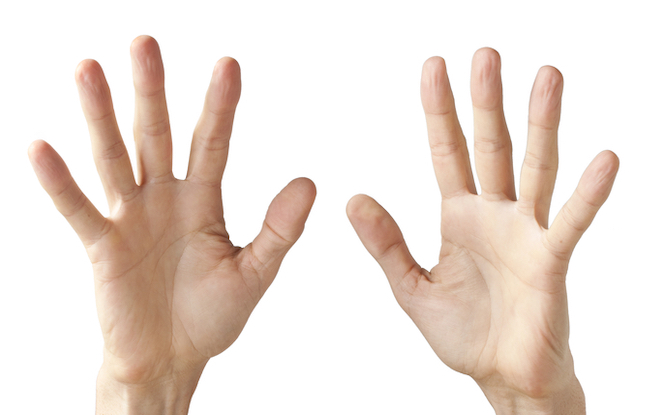 Are you dying to order a burger but worried your hands are too clean? Take the test…

You are really hungry but notice you have a bit of crap on your hands. Do you:
a) Wash your hands immediately.
b) Think, fuck it, it’ll come off when I order a burger.

You have just been to the bog. What do you do next?
a) Wipe with toilet paper because you don’t want to walk around with shit on your hands.
b) What is toilet paper?

Before you leave the bathroom, do you:
a) Wash your hands in the sink
b) Ignore the sink. The sink seems difficult.

Mostly As
You don’t like having shit on your hands. Get to the back of the queue.

Mostly Bs
You are ready to place your order on a touchscreen. Bon apetit.