Six shit things to have in your garden

Gnomes. Animals made from stone. Animals wearing clothes. Twee ‘Our garden’ ceramic signs. And don’t forget dozens of solar lights in the shape of dragonflies, birds and medieval torches that constantly change colour. What could be more relaxing than a garden that looks like a scene out of Blade Runner?

A once-fun item that now has the same ‘sink estate’ stigma as leaving a broken fridge in your front garden. Even neighbours who aren’t terrible snobs won’t be overjoyed to have bouncing children looking into their garden all the time while constantly screaming.

You are not Bear Grylls, cooking at one with the natural world – it’s just a kitchen hob on wheels. You’re meant to cook over wood or charcoal, not set up a mini mobile catering unit on the patio. If you can’t even deal with a few firelighters, it’s time to ask if you are a real man.

Don’t worry about your carbon footprint, get some cheap lumps of non-biodegradable tat made in a slave labour factory in China. When they break under someone’s normal weight, dispose of them in an equally responsible way, in a local field or lake.

The last word in shit taste and knee-skinning impracticality and all because you’re too bone idle to mow the lawn. Spend a fortune having it installed, before wondering how you thought this lurid monstrosity could ever be passed off as grass. It’s too late now, so avoid the issue by shutting the curtains and never going back into the garden.

Get a grip – you live in the UK, not a beachside mansion in the Caribbean. Invite all your friends round to christen it with a prosecco party then realise it’s still f**king freezing out there, even in June. And your neighbours will forever believe you are sleazy swingers. 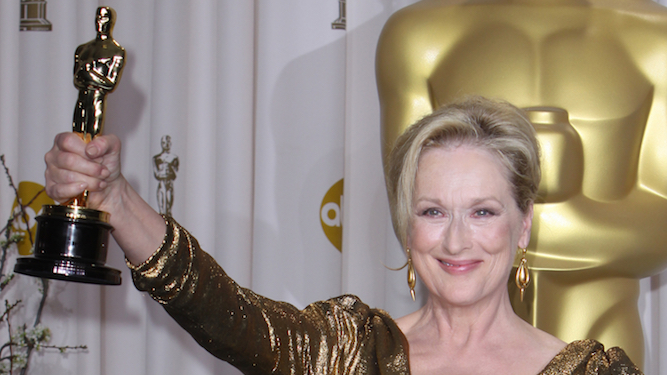 IT’S the f**king Oscars again. Here are some entirely predictable gaffes, triumphs and controversies so you don’t have to spend hours watching this smug event.

‘Edgy’ humour will go down badly

Although there won’t be a ‘controversial’ host like Seth McFarlane this time, someone is bound to crack gags which are poorly received. Not because they are too edgy for Hollywood royalty, but because they are shit.

The winners are likely to be jolly films about terminal illness, prejudice or poverty. This is somewhat hypocritical because the other 99.5 per cent of Hollywood output is cars going really fast, big monsters and hot superhero ladies. They should appeal to everyone by making Brokeback Godzilla vs. Kong.

Someone will give an agonising acceptance speech

It’s hard to compete with Gywneth Paltrow’s blubbing in 1999, but there are other options. Maybe an absurdly privileged actor will say, ‘This is for the women of Afghanistan!’, or someone will try to thank Jesus for 10 minutes.

A minor problem will be treated as shocking or incredibly hilarious

Maybe Reese Witherspoon will have difficulty opening an envelope. Or Harrison Ford will announce Riz Ahmed has won, but Gary Oldman will get his cue wrong and walk on too early instead. Crazy.

Everyone will congratulate themselves on being liberal

Stars love paying lip service to causes, as long as they’re ones all their peers are 100 per cent in agreement with. No prizes for guessing this year’s issue will be Black Lives Matter, although many Hollywood types seem to think they have already eradicated racism by making Black Panther.

Illustrated with a grovelling film outlining their career, this has the unfortunate effect of highlighting all the shit films an actor did to buy coke and swimming pools. So if this year it’s, say, Mickey Rourke’s turn, you’ll be reminded not only of 9 ½ Weeks, but also the subnormal drivel which is The Expendables.