A TATTOO artist has had the disturbing thought that every customer looks worse, not better, after visiting him.

Tom Booker, who has been covering people in hideous permanent doodles for the last decade, suddenly realised that anyone who likes to look good should not use his services.

Booker said: “I’d just finished tattooing a picture of Ed Sheeran on a woman’s boob where his eye was a nipple and I thought, ‘What the fuck am I doing?’

“I’d given her an image I wouldn’t wish on my worst enemy. She thinks it’s a laugh now, but I used to think that about my eyebrow ring until I realised I looked like a bellend and took it off.

“She’s stuck with it forever, along with all the other poor bastards with their kids’ weird names, Bart Simpsons and Chinese lettering that actually says ‘crispy squid with noodles’ in Thai.”

Asked if the revelation was going to make him change career, Booker said: “Nah. If idiots think it’s a good idea to deface themselves with shit drawings of Hello Kitty, who am I to refuse to take their money?” 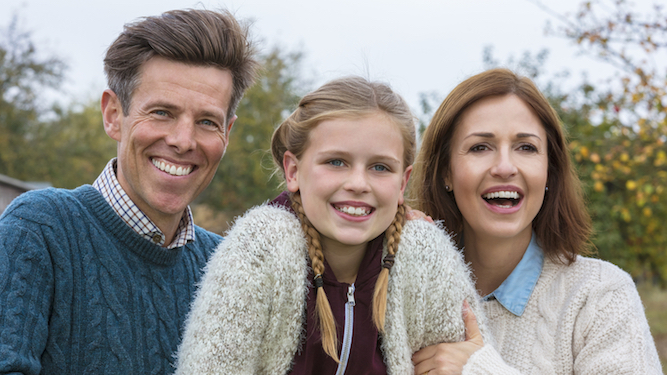 A COUPLE who spend thousands of pounds a year on their children’s school fees are sad they are too poor to go skiing this year.

Martin and Francesca Bishop could have sent their children to a state school and had plenty of money, but instead spaffed it up the wall sending them to mediocre private schools.

Martin Bishop said: “Education is important to us, so we’re prepared to go without some essentials so the children can go to a good school. You know, a new Aga and a three-week break in Tuscany.

“I’ve also sacrificed buying a new Audi and Francesca has bravely put off wasting thousands of pounds training to become a shamanistic yoga life coach. That’s how much we love our kids.

“It’s a shame we can’t afford to send Olivia and Henry to boarding school, because then we’d love them so much we’d only have to see them during the holidays.”

Son Henry said: “We’re not going to return the favour when they’re old by paying for them to go into a nice care home.

“It’ll be a state-funded hellhole where they’re tied to a chair while they eat their mashed banana. That’s just the sort of people we are.”