A WOMAN giving herself a motivational pep talk in the mirror has accidentally summoned Morrissey.

She said: “I had just finished saying the words ‘you are wonderful’ for a third time, when, out of nowhere, Morrissey appeared behind me. It was horrible.”

Morrissey said: “I heard the distant sound of self-congratulatory navel gazing, and my soul was transported here.

“I had been at another engagement, ruining a barbeque by referring to the sausages as ‘burning carcasses’ and loudly threatening to leave.

“I had meant it as an empty threat, but then the faraway echo of unbridled self-indulgence was too delicious to resist.

He added: “However, I soon realised  Anne had been directing her affirmations exclusively at herself, and not at me. Ghastly.” 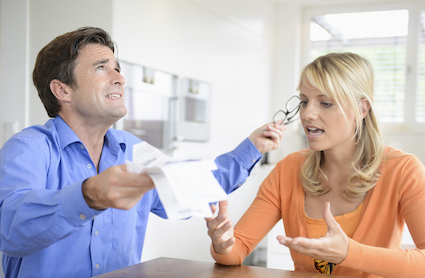 A COUPLE are working hard on their shocked faces in preparation for their son’s inevitably shitty A-level results.

Sue and Colin Roberts have been practising a range of responses to prevent their son Ben from realising that they saw this coming a mile off.

Sue said: “We’ve been workshopping different scenarios – we think the best case at this point will be three Ds.

“Although after hearing him try to speak French on holiday – after supposedly studying it for two years – it could be far, far worse than that.”

The pair explained that they have honed a variety of parental acting skills over the years, including pretending not to notice when Ben is stoned out of his mind, and mustering enthusiasm for his YouTube channel of acoustic cover versions of Abba songs.

Sue added: “To be honest, we’re just relieved that he won’t be going to university – that would have nine grand a year down the bog.”

Colin added: “Plus, we like to steal his weed and smoke it in the shed when he’s upstairs.”